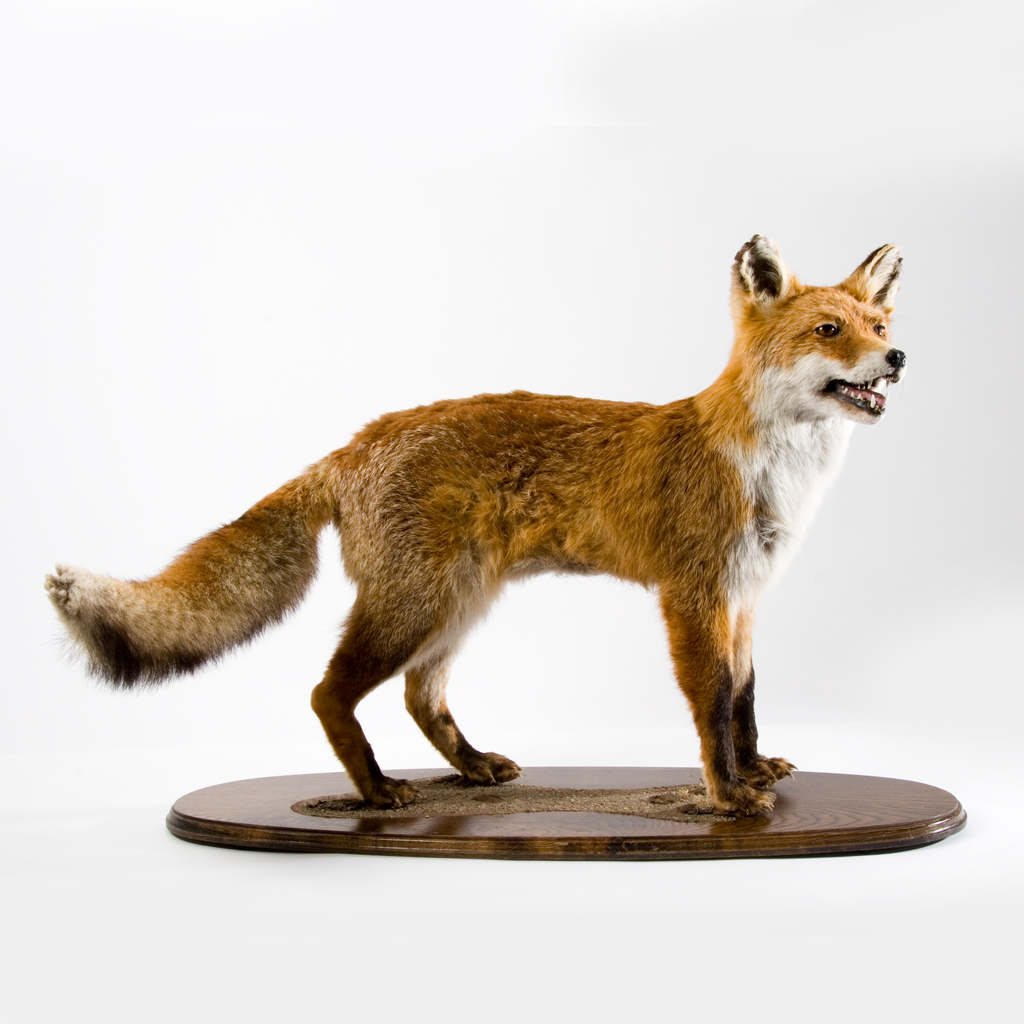 Natural history Photography
Emma-Louise Nicholls, our Deputy Keeper of Natural History, tells us all about our foxy neighbours - Vulpes vulpes. 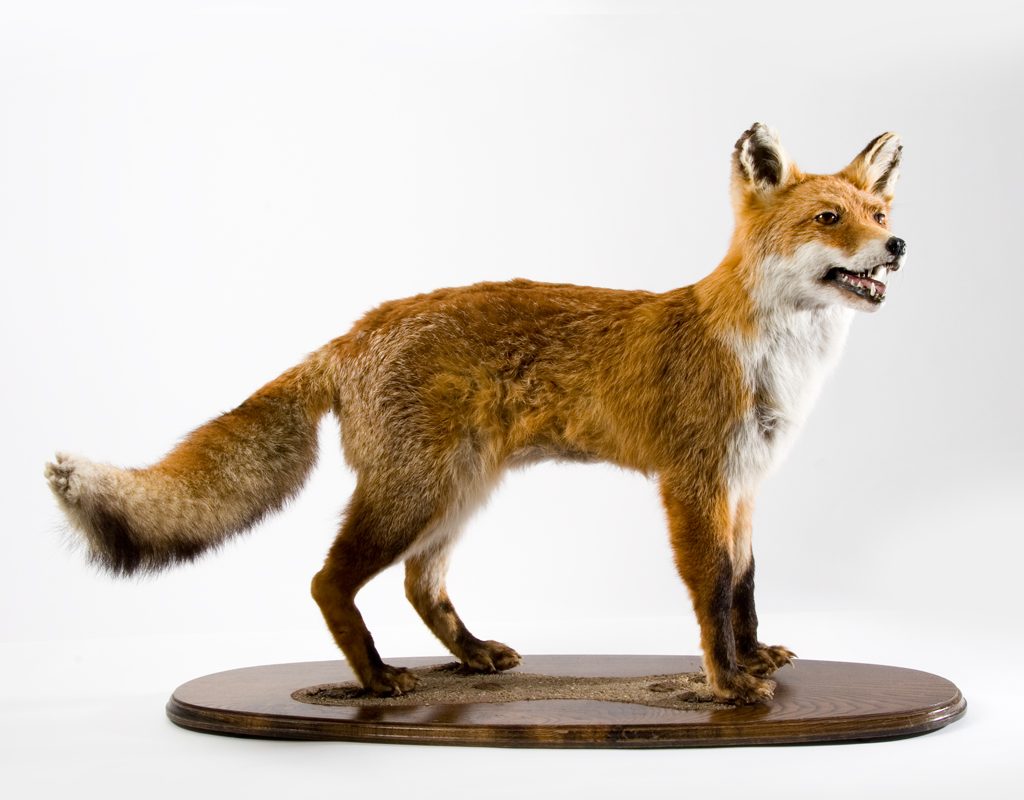 Red Foxes (Vulpes vulpes) have very little sexual dimorphism, that is – they are hard to tell apart. If you spot two of them together, ask them to stand side by side and (assuming you’re definitely talking to a male and a female), one of them will have a wider and more domed shaped head and look a little heavier-set. That is the male. It is slightly easier in the mating season (though approaching foxes at this time may be impolite), as certain external organs become larger on the male as they fill up with the DNA of future cubs.

Female foxes also go through morphological changes if she breeds. When nursing, the mother’s teats will become enlarged and her belly fur, normally white or grey in colour, turns a deep red. If you would like to observe this phenomenon, cubs are born in the spring but won’t emerge from their dens until the summer. So your best bet for teat spotting is when the mother and cubs are running around between May and July. If it’s a very hot summer, the cubs may venture out sooner however, so keep an eye on the barometer. 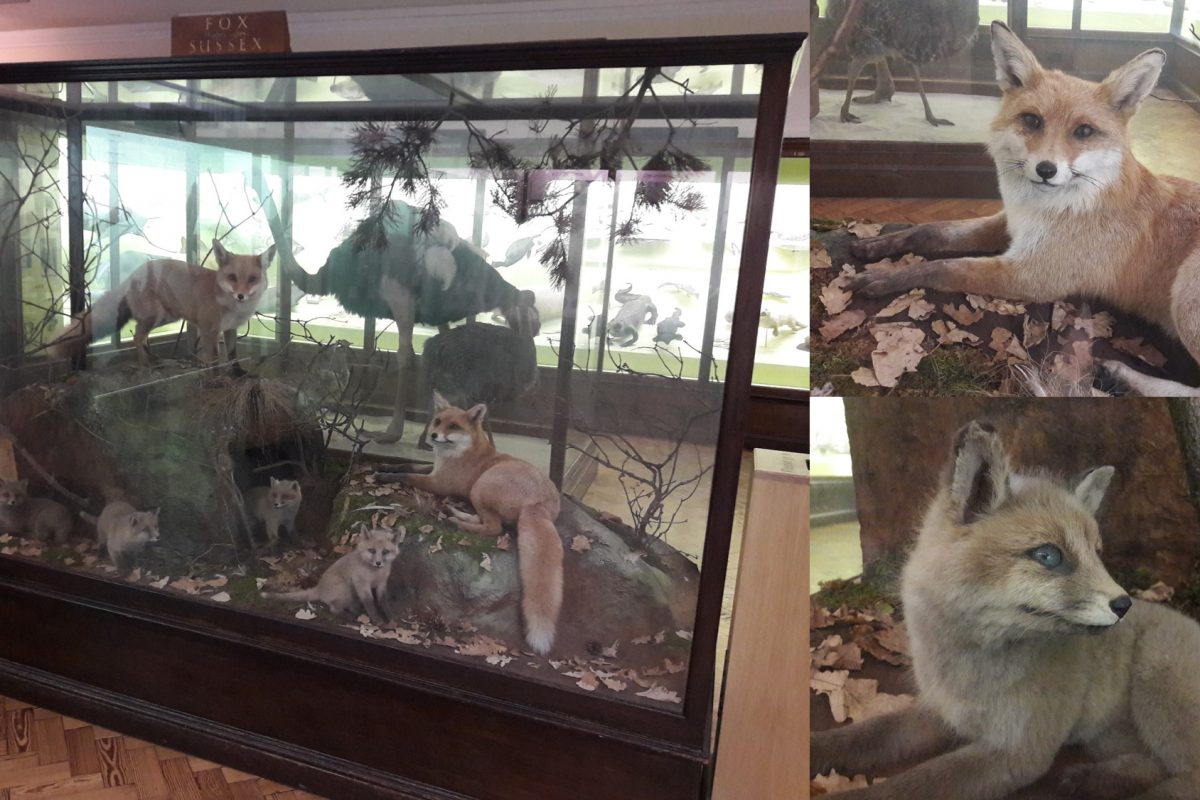 Foxes on display in the Natural History Gallery

As tiny balls of dark fluff, newly sprung fox cubs are blind and deaf for the first few days of life. When their eyes eventually open in their fuzzy-furred, stumpy-nosed faces, the irises are slate-blue in colour. As they begin to grow into their delightfully oversized ears the muzzle lengthens into a shape beginning to resemble that of their parents. When the cub reaches between four to eight weeks old, the blue eyes darken to an amber colour, to match those of the adults.

The case on display in the Natural History Gallery houses two adults and four cubs. Those with sharp skills of observation will notice that the adults have brown eyes whilst the cubs have blue eyes, suggesting therefore that the cubs are less than four weeks old – eight weeks at the most.  The case is by Rowland Ward historically one of the most prolific suppliers of taxidermy to museums across the world. The fox case came to the Museum all the way back in 1939. So in fact, despite still having blue eyes, the cubs are quite a bit older – more like 78 years and eight weeks, say. 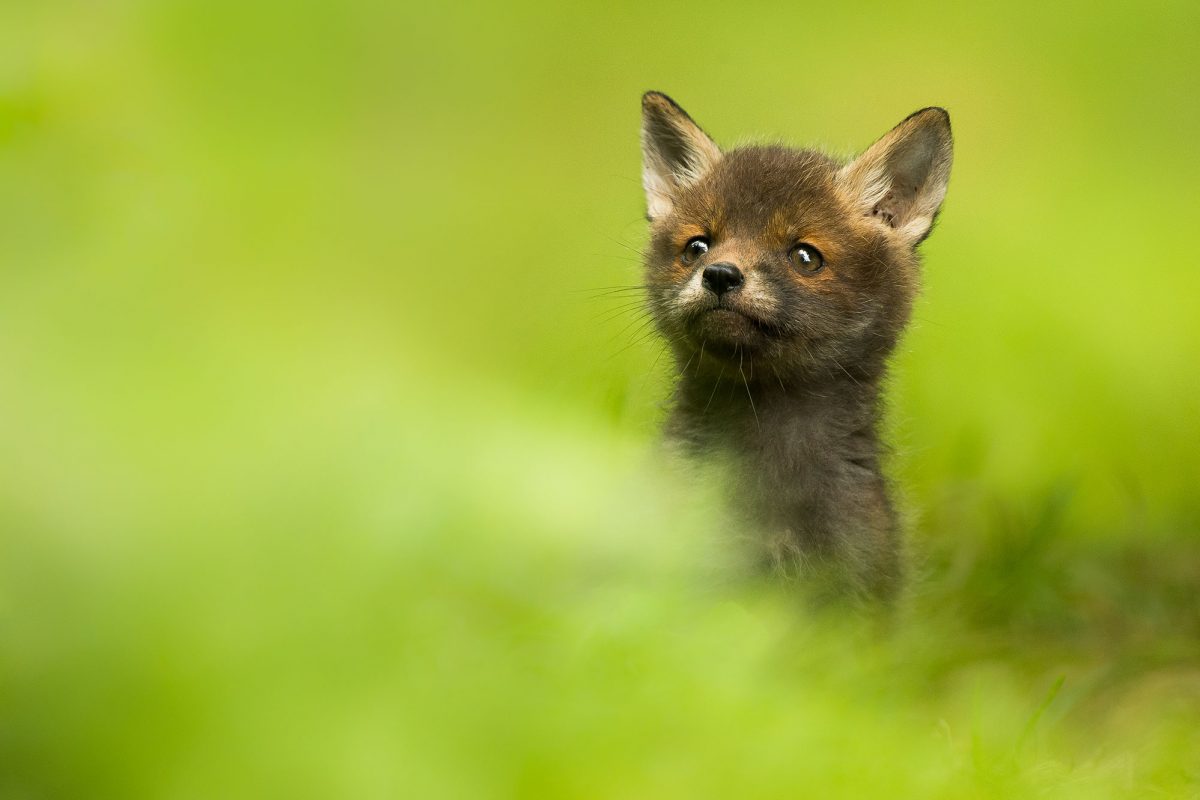 These beautiful animals are extremely adaptable and have set about world domination with enthusiasm, only avoiding Iceland, the Arctic islands, and a few areas within Siberia. Sadly, experts believe they have become locally extinct in Korea, though it is inconclusive as to why. They even appear absent within the Demilitarised Zone between North and South Korea which is otherwise considered a wildlife haven due to the (relative) lack of human presence.

The UK, however, has a healthy population of around 240,000 according to the Veterinary Association for Wildlife Management, 14% of which live in urban areas. One such individual was caught on camera in the gorgeous image below, on display in our new temporary exhibition of images from the British Wildlife Photography Awards. As you can see the cub’s irises are brown, not blue as in our Rowland Ward case. Together with the white and red patches of facial fur coming through, this means that this little cutie pie is at least eight weeks old. The things you learn on blogs.

10am – 5:30pm
Our Natural History Gallery first opened in 1901. The design was influenced…
Find out more
Display
Free

9am – 4pm
The Horniman Nature Trail is the oldest in London. It…
Find out more
About the Horniman