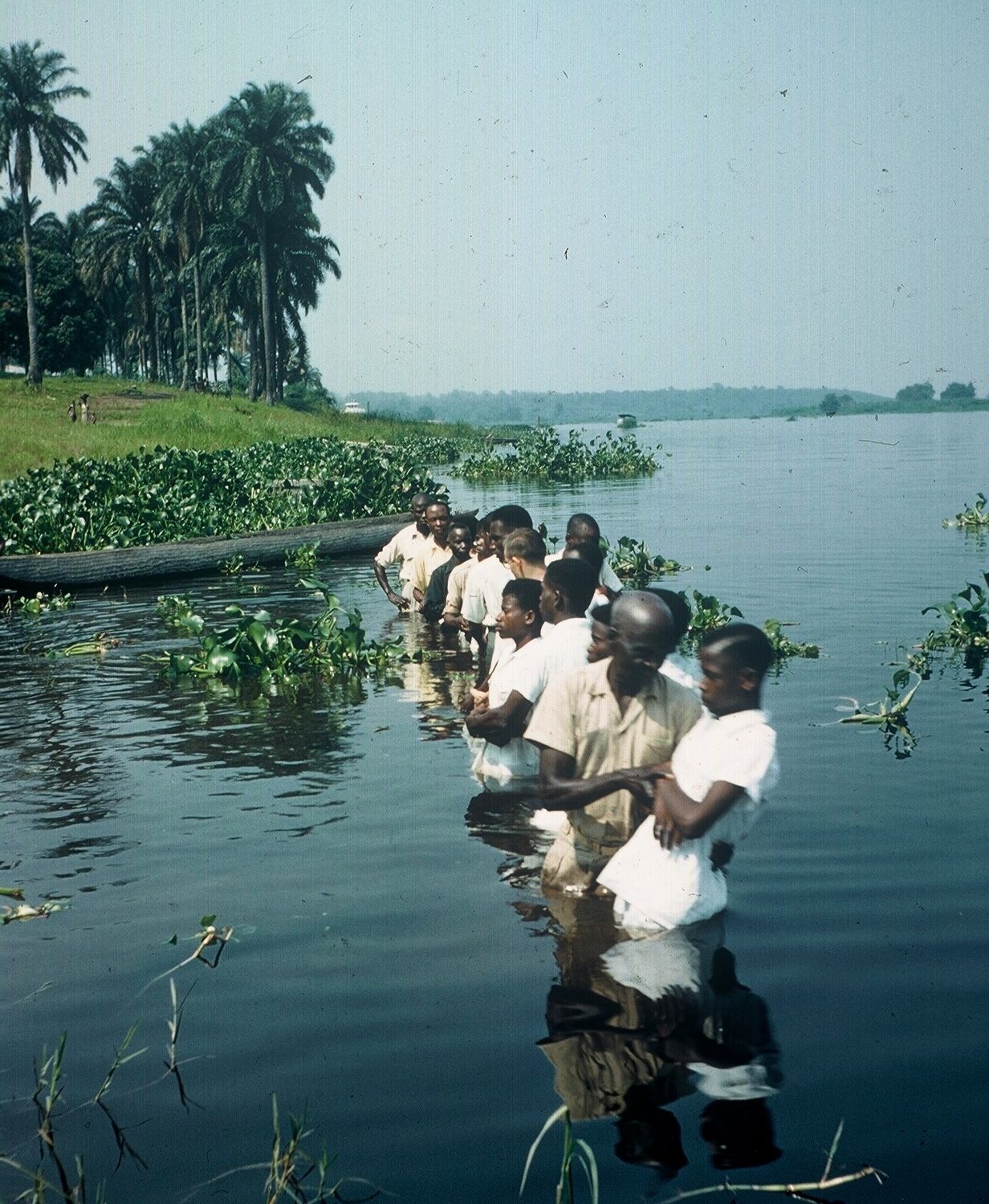 Anthropology
Johanna Zetterstrom-Sharp, Deputy Keeper of Anthropology, speaks about colonialism, the end of empire and the narratives it has formed for British life today.

In April 2011, I was in Freetown, the capital city of Sierra Leone when people celebrated 50 years of independence from British colonialism.

The whole city was decked out in green, white and blue, the national colours of Sierra Leone. Women wove green white and blue into their hair, motorbike riders decorated their bikes with flags, and people were dressed ready to celebrate and party hard.

Sierra Leone became independent on 27 April 1961. This was a largely peaceful event, although colonialism in Sierra Leone had itself been punctuated by violence.

This got me thinking about how we in Britain remember the end of the British Empire. It was not so long ago. By the end of WWII, it was widely accepted that British colonialism would draw to a close and by the 1960s, the majority of Britain’s colonies had become independent.

In 2016, I started a research project looking at objects, letters, films and photographs collected during the end of the British Empire in Africa, sitting in museums across the UK. This means they were collected between about 1940 and 1980. When it became clear to the British government that colonialism was no longer sustainable after WWII, they encouraged ever more migration from Britain into the empire.

When former British colonies, like Sierra Leone, became independent, many families with British citizenship, whether born in Britain or in Africa, chose to leave.

Many left with the objects that were important to them. Some donated these objects to museums immediately, but most displayed them or stored them away in their homes. These collections have been offered to museums over the last 50 years, and I am interested in what they can tell us.

Museum collections from the end of the empire were usually collected by British teachers, scientists, artists, missionaries, or academics, as well as colonial officers. These pieces often reflect everyday family life, but also reflect a moment of transformation.

For example, they contain items made for sale by artists involved in an increasingly established art scene, including known carvers, weavers, potters, textile dyers or painters.

They also contain objects that reflect changing currencies of value. Such as religious or ceremonial objects that were sold. Items were possibly sold because they were no longer considered powerful or perhaps money held a different but greater form of power.

I have also been looking at collections that reflect moments where the British Government attempted to forcefully contain resistance to colonialism. This includes the violent military campaign against Mau Mau fighters in the 1950s in Kenya, which involved the detention and torturing of Mau Mau suspects.

What interests me is the way in which these objects often enable an understanding of the very complicated ways in which the end of empire was experienced and is remembered by those who lived through it. Sometimes these competing narratives make it very difficult to speak openly about this shared period in our history and to listen to those whose experience differs from our own. However, I do think we need to talk about it, to listen, and to understand the many ways our colonial past continues to affect our lives today. I hope that my research can help with that.

Do you or your family have memories or collections from Africa at the end of empire? 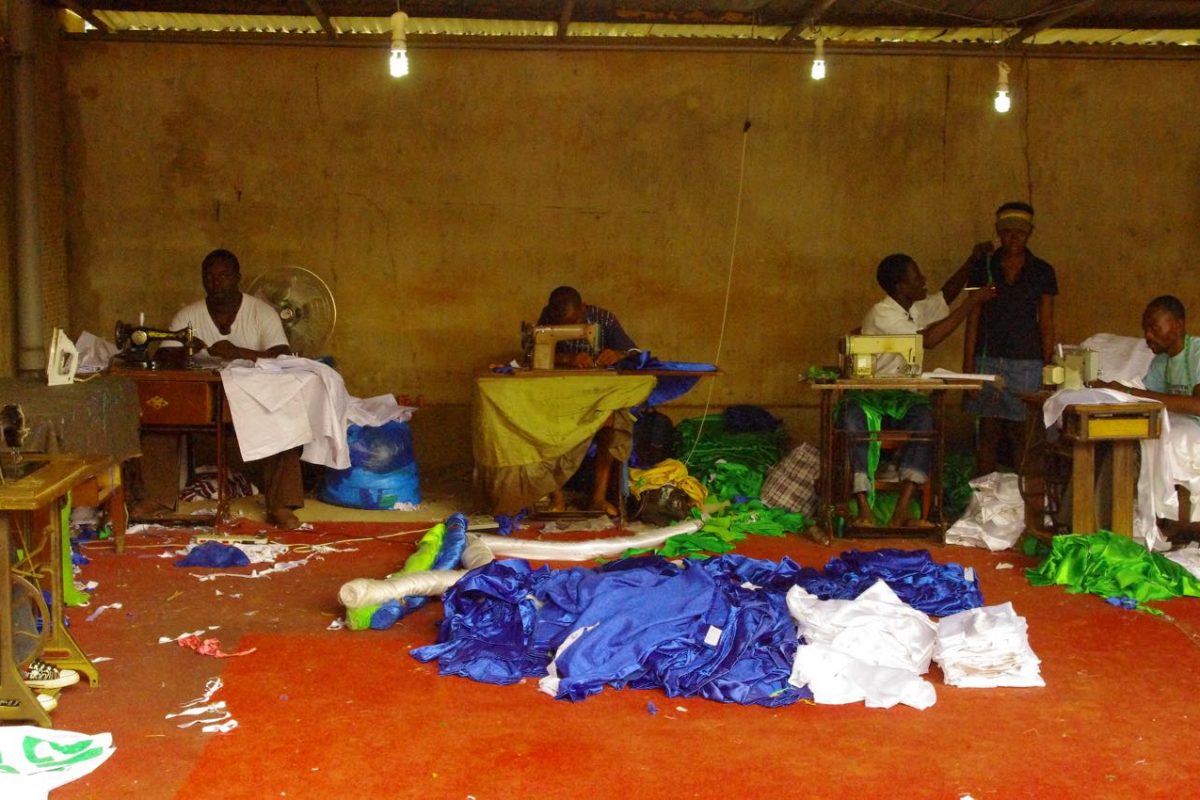 Tailors attached to the Ministry of Tourism and Cultural Affairs in Freetown, working long hours to finish a commission of flags for the Independence Day celebrations in 2011. Johanna Zetterstrom-Sharp. 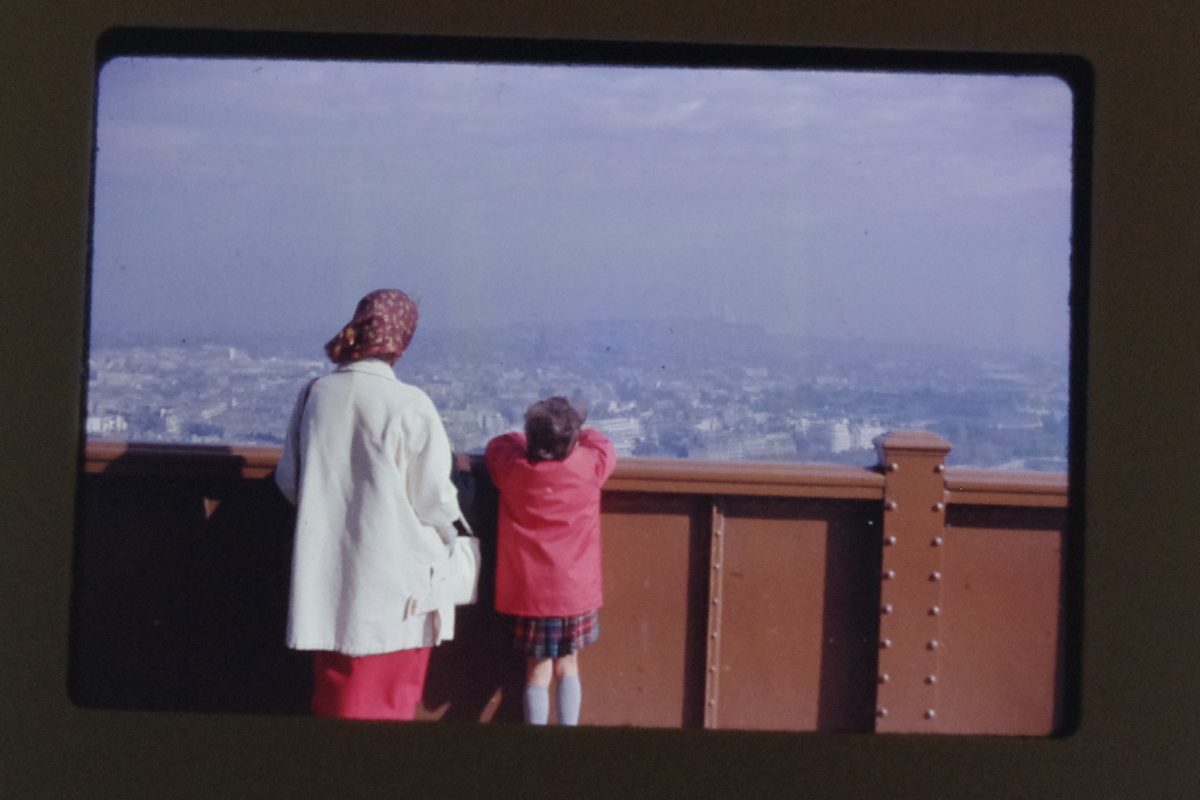 Photograph of Audrey Brain and one of her daughters up the Eiffel tower in 1969, the year they left Nigeria and moved to Paris. 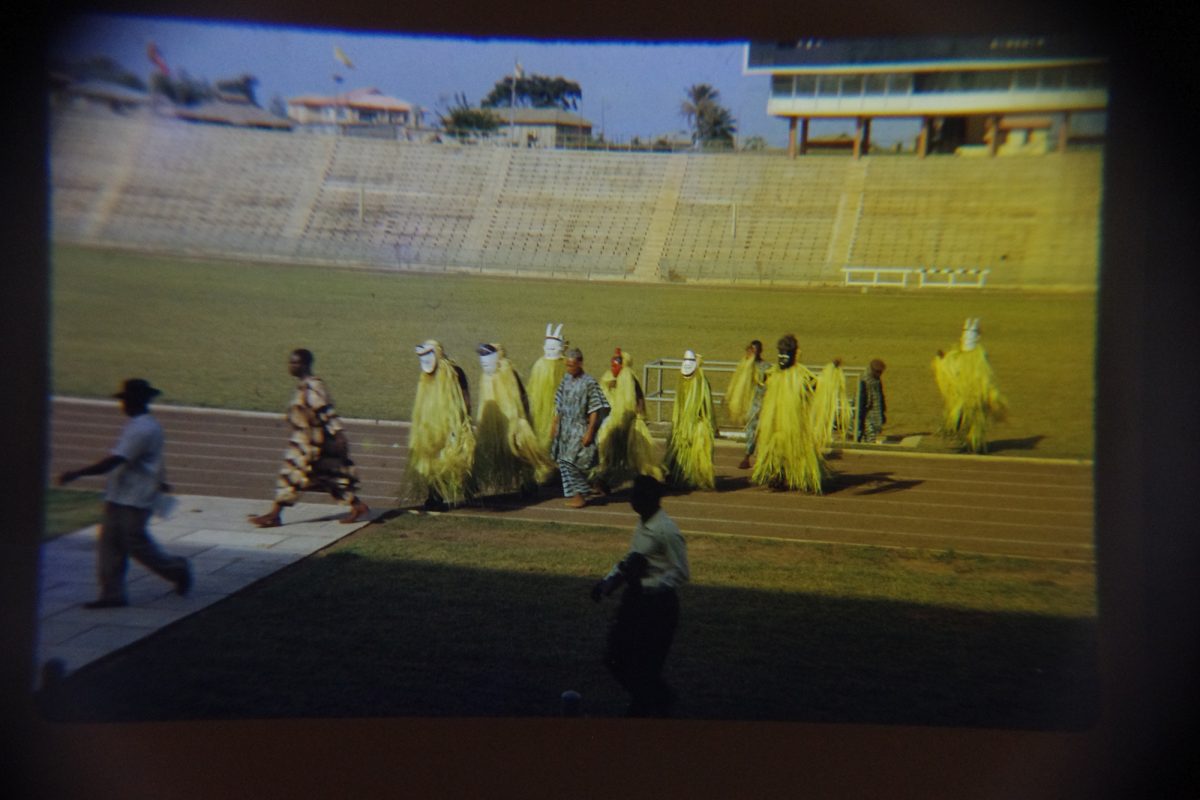 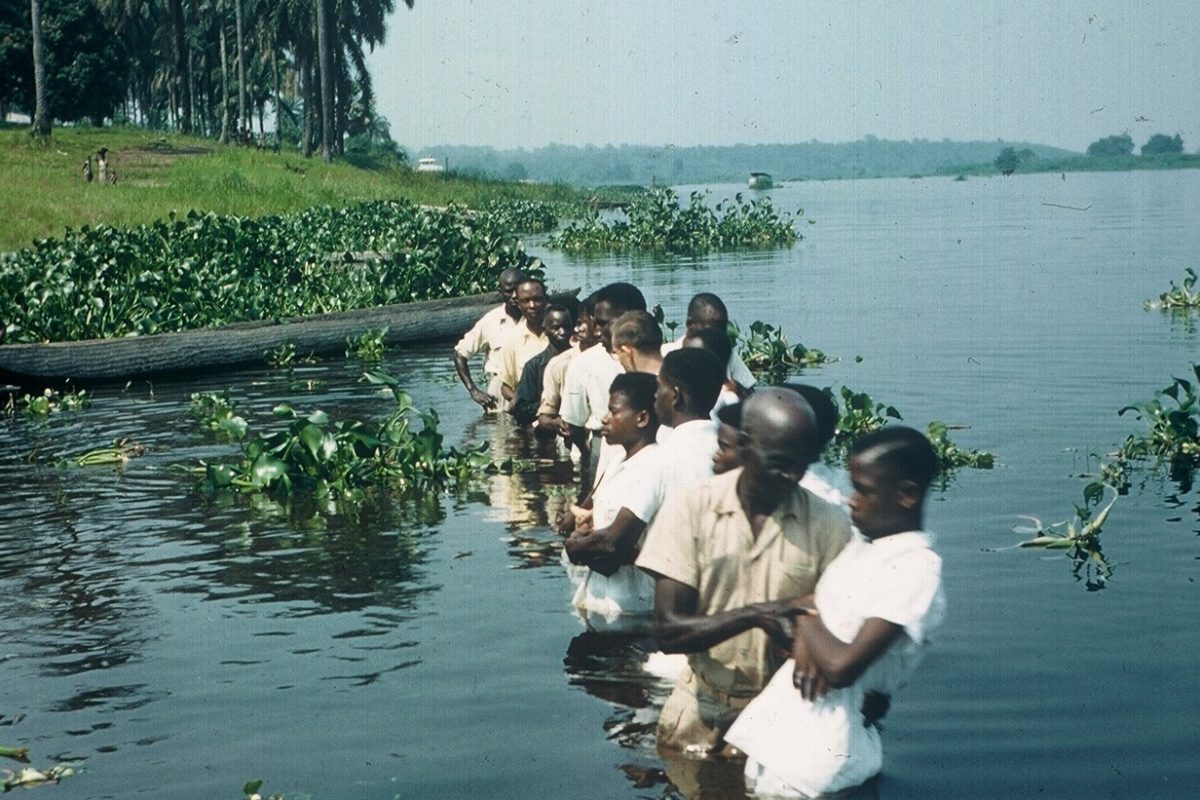 Members of the Lukolela Baptist congregation, being baptised in the Congo River, the 1950s. It was taken by Rev. Lionel West, a missionary for the Baptist Missionary Society, who lived in Lukolela from 1930 up until Congolese independence in 1960.

Carving of a Ntumpane drummer by Osei Bonsu, an established Ashanti carver based in Accra at the time he created this piece, probably in the late 1930s. Collected by Arthur Casswell Spooner. Cambridge Museum of Archaeology and Anthropology. 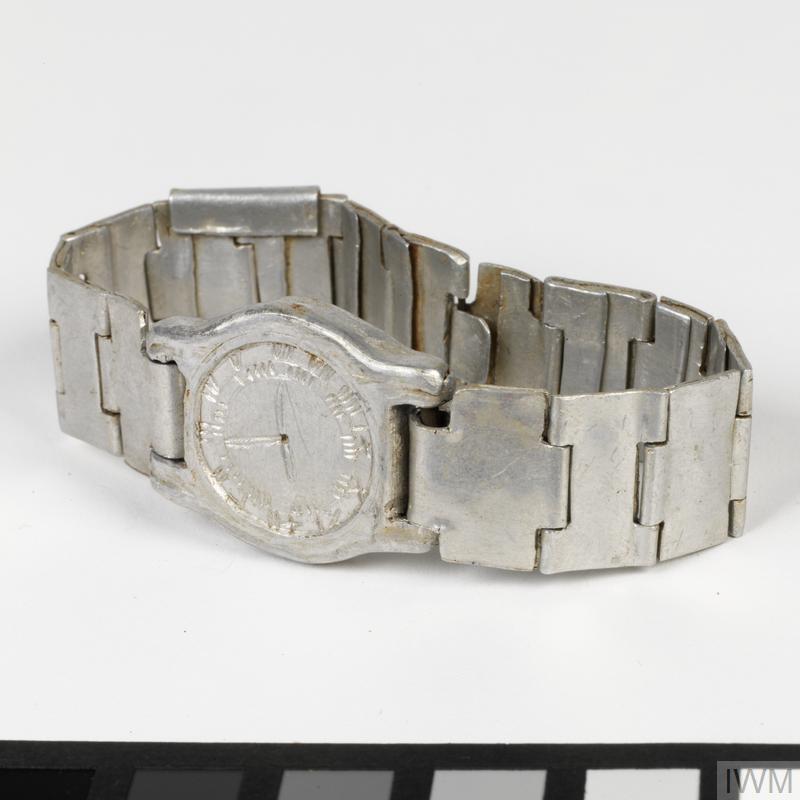 This aluminium replica watch was made by a convict in the small district prison in Karatina, Kenya. They were collected by Terrence J. Image, a prison officer who worked in both prisons and detention camps in Kenya during the Mau Mau insurgency. Imperial War Museum.
About the Horniman