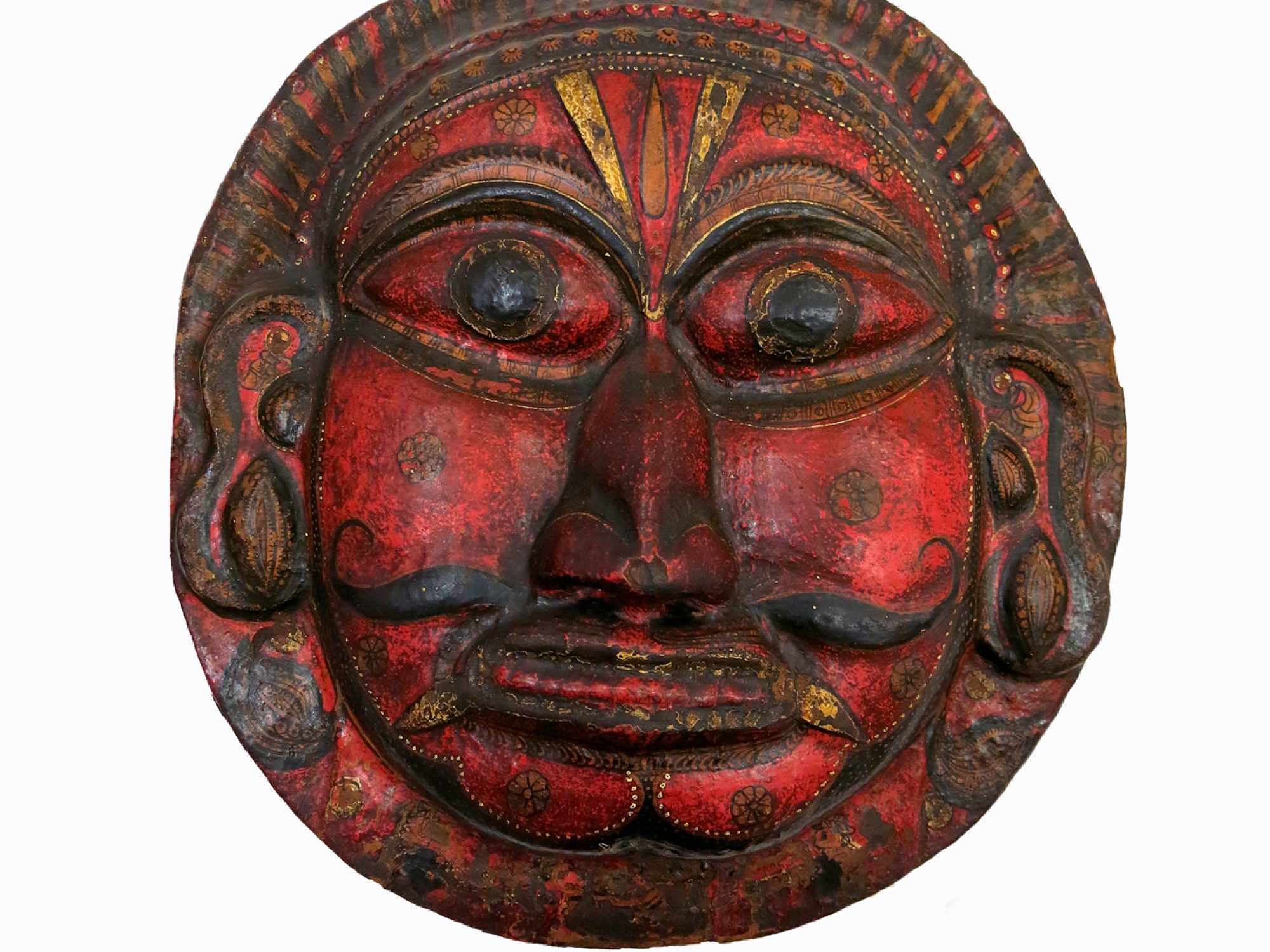 Anthropology
We’re taking a look at stories of some of the sun gods that feature in our collections.

In Hinduism, Surya is known as the solar deity and is often represented in iconography as a person riding a chariot of seven horses. This represents seven colours of light and seven days of the week. Surya was one of five deities worshipped throughout India and is ranked highly in the Vedas – a large body of religious texts – which date back to 1500 BC.

Surya is recognised in the Gayatri Mantra: one of the most powerful mantras in Hindu religion. The chant is said to create a powerful energy upon the users mind and body. 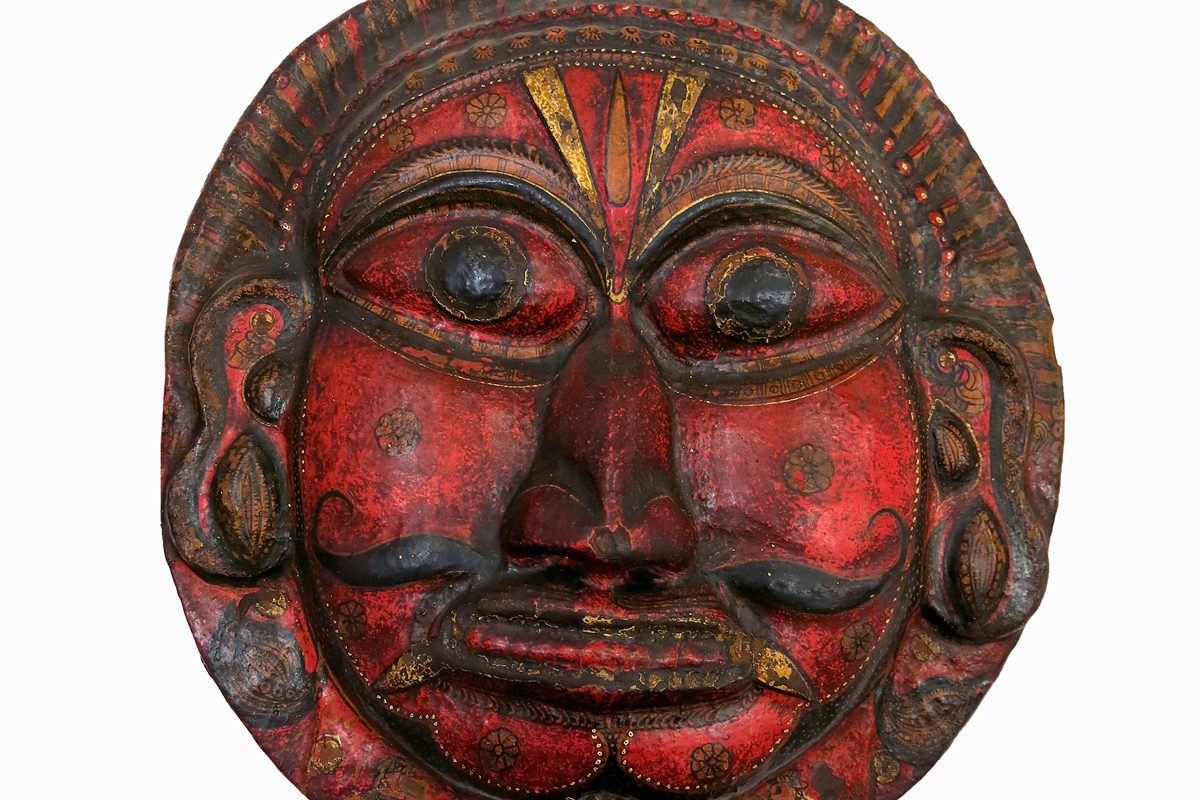 Shield made of painted wood, carved to represent a face, possibly the face of Surya, the god of the sun.

There are many stories of Surya, as he also features in the Ramayana and the Mahabharata, but in Rig Veda text – an ancient collection of Indian Sanskrit hymns – Surya is believed to be created by Lord Bhrama with the sound in the universe, Om and the intelligence of Vishnu.

Have you heard of salutation to the sun (surya namaskar) or sun salutations? It’s a fundamental move in the practise of yoga.

The movements are said to be of Hanuman facing Surya as the chariot travelled across the sky, showing his gratitude for the lessons he learned, honouring Surya as the source of energy and light for the world.

Ra and the Egyptians

In Egyptian mythology, Ra was worshipped as the god of the Sun and all creation, and even the king of the gods. He came in many forms, including a ram, a hawk-headed man and a scarab. In the IV dynasty, pharaohs were seen as the ‘sons of Ra’ and by the V dynasty, he was worshipped state wide, and temples and pyramids were built in his honour. 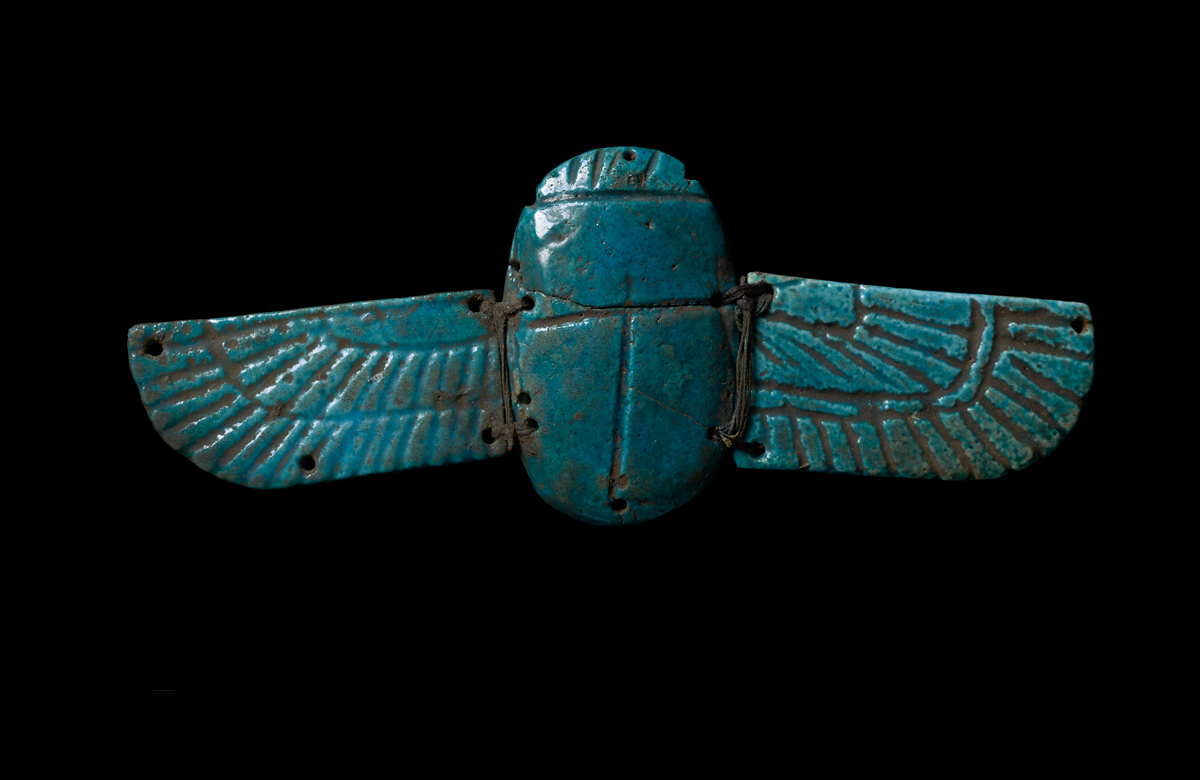 Ra came in many forms, including a scarab

Ra is said to be a creator of all life in varying accounts. Some texts say that Ra created people from his sweat and tears, and he is also said to have brought everything into existence by uttering secret names.

Ra’s role as a creation god is strengthened by his story of renewal. It is said that Ra sailed across the skies during the day on a boat called ‘Barque of Millions of Years’.

He then emerged in the east on a boat named ‘Madjet’ or ‘becoming strong’, which was called ‘Semektet’, or ‘becoming weak’ by the end of the day. Ra died by being swallowed by Nut – the goddess of the sky – and sailed in the underworld leaving the moon to light up the Earth. So, Ra is reborn at the beginning of each day and swallowed by Nut.

In Japanese Shinto mythology, Amaterasu, meaning shining in heaven, is the goddess of the sun. With her brother Susano’o, the god of storms, they painted the landscape to create ancient Japan.

There are tales of rivalry between the siblings, which vary to some degree. Amaterasu proposed a challenge to Susano’o, to create people from an object belonging to the other. 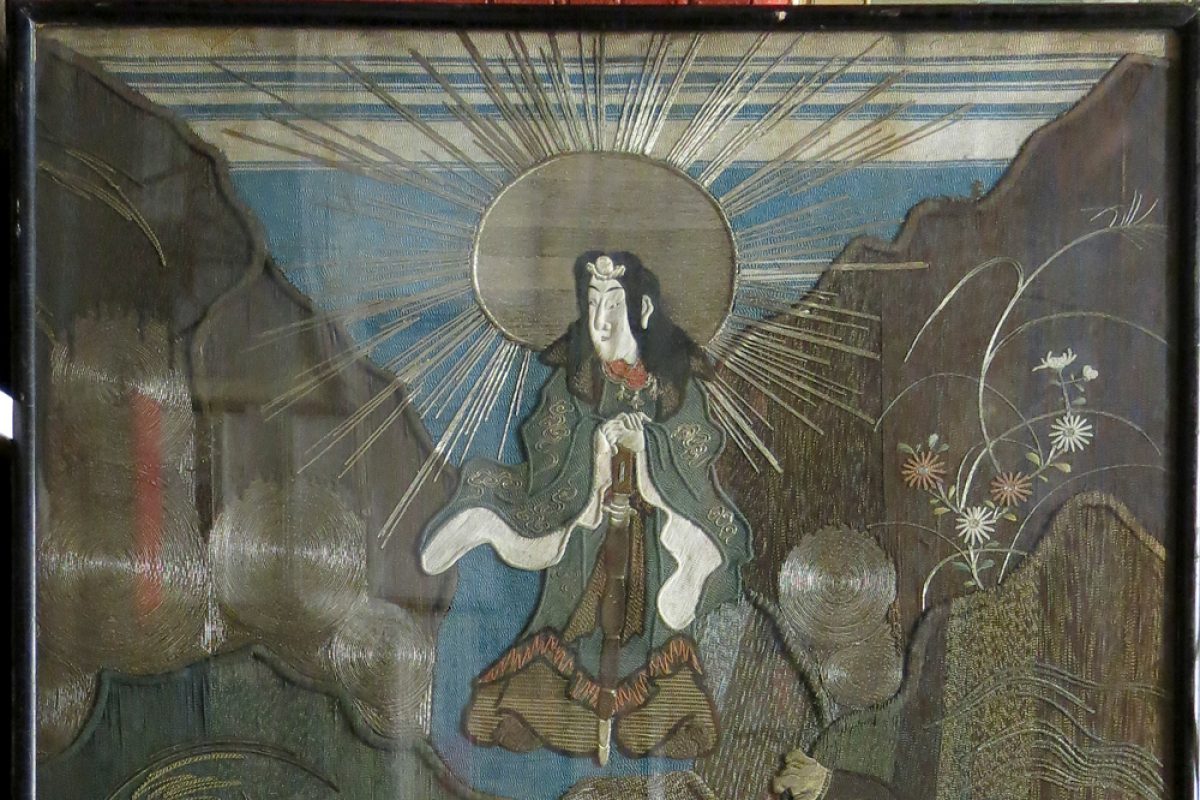 Amaterasu, meaning shining in heaven, is the goddess of the sun

Because of this Amaterasu went into hiding in a cave, hiding the sun for a long time, which caused devils to come out of the darkness.

The god of happiness, Ama-no-Uzume, danced outside the cave, tearing her clothes off in front of the spirits (Kami) to make them laugh. Upon hearing the gods laugh, Amaterasu looked out of the cave to see a reflection of her light in a mirror that Ama-no-Uzume had put on a tree. Once out of the cave the door was closed behind Amaterasu, so she could not go back in, bathing light across Japan once more.

Amaterasu then remained with the gods whilst Susano’o was banished from heaven as punishment.

10am – 5:30pm
Come and encounter cultures from across the continents in the…
Find out more
Trail

Solar time is a bit different from clock time. We…
Find out more

What can you expect on the Nature Trail during cold and grey January? Trail regular Daniel Harwood has been looking for Victorian romance in one of the plants blooming there.

Object in Focus: The ‘God of the North’ at Chiddingstone Castle

As part of the Object in Focus programme, Naomi, Curator at Chiddingstone Castle tells us about the Chinese deity Zhenwu and Denys' collection of Japanese and East Asian art.

The collection comprises approximately 80,000 objects from around the world,…
Find out more
About the Horniman