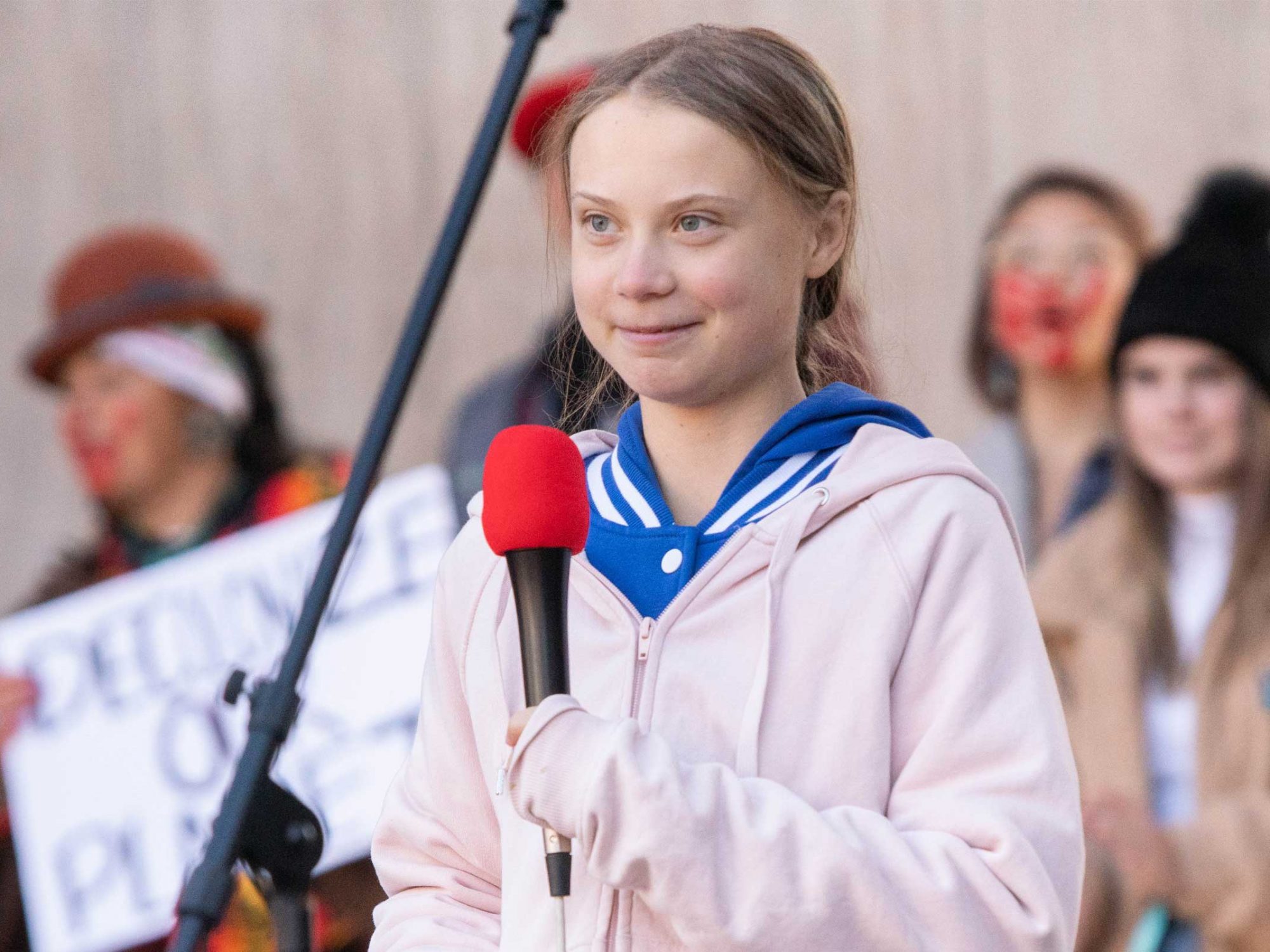 Climate and ecology Women
To mark International Women’s Day we’re thinking about the female environmentalists who have fought hard and changed the world for the better.

Dame Jane Goodall DBE is an English primatologist who is known as the foremost expert on chimpanzees.

Goodall saw human like behaviours in chimpanzees during her 60 years studying them in Tanzania, such as hugging, kissing and tickling. These observations led to a fundamental shift in how we think of these animals.

Before Goodall saw chimpanzees making and using tools to find food, it was thought that humans were the only species to do this.

Her approach to research was considered unconventional at times, particularly when assigned names to the chimpanzees that she was studying, rather than a number.

She has long been an environmental activist who has fought for animal rights.

In 1977 she founded the Jane Goodall institute, which not only continues her research but protects chimpanzees and their habitats.

Kate Sessions was the first woman to graduate from the University of California with a science degree.

Born in 1857, Sessions was an American botanist and horticulturalist who was known as the ‘mother of Balboa Park’.

In 1892 she made an agreement with the City of San Diego to lease 30 acres of land of City Park (now Balboa Park) as growing fields for her flower shop and Mission Hills Nursery.

In return it was agreed that she would plant 100 trees a year in the park and 300 trees a year throughout San Diego. This led to many green spaces being created throughout the city, which are still enjoyed to this day.

She also co-founded the San Diego Floral Association, a garden club which taught San Diegans what edible and ornamental plants could be grown in the dry landscape of San Diego.

The Mission Hills Nursery is still in operation today.

Wangari Maathai was a social environmental and political activist who was the first African woman and first environmentalist to win the Nobel Peace Prize. She was also the first woman in East and Central Africa to become a doctor of philosophy.

As a teenager she received the Kennedy Airlift, a scholarship that supports Kenyan students to get college educations in the US and Canada.

In 1977 she founded the Green Belt Movement in Kenya. This was an environmental organisation focused on tree planting, conservation, and women’s rights. The movement taught women not only how to plant trees in deforested areas but how to use this knowledge to draw income from the land.

Throughout her life she campaigned for women’s rights in the workplace, as well as partaking in environmental activism. She was also a Kenyan MP in the early 2000’s.

A Gambian activist and social entrepreneur, Isatou Ceesay is popularly referred to as the Queen of Recycling. She educates women in the Gambia to recycle plastic waste by turning it into products people would want to buy, like bags. This not only reuses the plastic, but provides an income for many women.

This movement is called One Plastic Bag. Ceesay also founded the recycling centre of N’Jau.

One of the three co-founders of the National Trust, Octavia Hill was born in Cambridgeshire in 1838. After her father’s investments failed the comfortable life she had grown up with disappeared. Octavia began working, aged just 14, taking charge of a workroom at The Ladies Guild, a Christian socialist co-operative.

It was here, and through other work with the poor, that she saw the need for social reform, better housing and open green spaces for people living in urban settings.

She connected this social reform with culture, not only providing better housing conditions for the people of Victorian London but working to bring nature, the arts and beauty to everyone.

Throughout her life she fought for the preservation of the countryside and helped the National Trust to buy its first land and houses, working to preserve green spaces throughout the country.

Ella Daish is a campaigner who founded the #EndPeriodPlastic campaign. Sanitary products are the fifth most common item found on Europe’s beaches. Although a 2019 European law banning many single-use plastic products, there is currently no legislation regarding plastic in period products.

Her campaigning and awareness raising led to many retailers removing plastic tampon applicators from their products. She is one of many campaigners whose work has led to a rise in more sustainable period products being more widely available.

Daish influenced the Welsh government to spend their period poverty funding, making period products available for free at schools and colleges across the country.

Based in Lancashire, the anti-fracking nanas are a group of women who obstruct and protest fracking operations.

They began in 2014 when they occupied a field under planning application by energy company Cuadrilla. Cuadrilla were seeking exploratory drilling rights for shale gas and the Nanas claimed squatters’ rights in a nearby field in protest. They ended up staying for three weeks, until Cuadrilla’s fracking application was rejected by Lancashire County Council (although this was overturned by Sajid Javid).

Since then the Nanas have continued to protest against Cuadrilla. During their occupation of the entrance to Cuadrilla’s Preston New Road site they sang, danced, knitted and made themselves seen and heard in their bright yellow tabards. Every Wednesday during their occupation they wore white, and did a call for calm. Their protests are respectful, charming, funny, and powerful.

After nearly 1000 days outside the Preston New Road Site, Cuadrilla announced that they would no longer be drilling there.

All the nanas have nicknames, related to their personalities, from Nana Dahling to Nana Jigglypuff. Although they’re not all technically ‘nanas’, the name is used as ‘a nod to trust, family and tea, leaning into stereotypes of northern matriarchy’.

Mya Rose Craig, or Birdgirl, is a British Bangladeshi ornithologist and diversity campaigner. Craig began blogging about birds under the name Birdgirl when she was just 11. Since then she has become the youngest person to see half of the world’s bird species, been awarded an honorary doctorate from Bristol University and set up Black2Nature for Visible Minority Ethnic communities.

Her work changes the face of bird spotting, and a large part of her campaigning involves creating space in nature for those who are currently excluded from the countryside.

Swedish activist Greta Thunberg was just 15 when she gained notoriety for the School Strikes for Climate. She would spend her school days outside of the Swedish parliament, calling for stronger action on climate change. The school strikes, also known as Fridays for Future, began to become popular across the world. Students would strike from school on Fridays, and attend demonstrations and protests, calling for firmer action on the climate and ecological crisis.

Thunberg has consistently challenged world leaders on their failure to take action in the face of the climate crisis. In 2019 Thunberg attended the UN Climate Action Summit, sailing across the Atlantic Ocean to get to New York. The speech the made at the summit, which included the famous line ‘how dare you?’ went viral and has become internationally recognised.

In 2019 she was named Time Magazine’s person of the year.

Meet some of the pioneering women - collectors, creatives and scientists - associated with the Horniman and its collections.

The pioneering female scientist from our Library collections, who was the first person to publish a photographic book: Anna Atkins.
About the Horniman