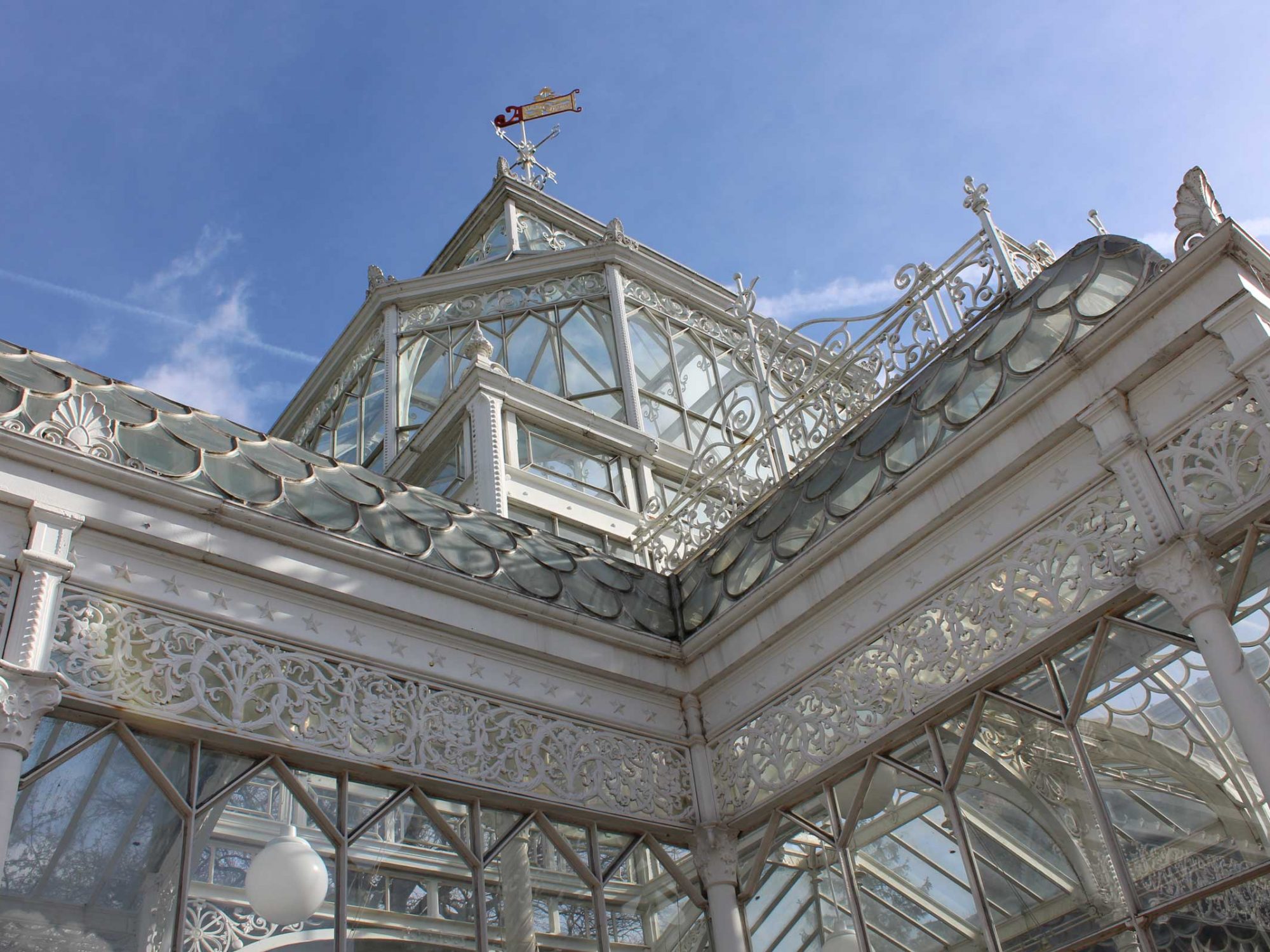 Behind the scenes Conservation and care
The Horniman Conservatory will be closed until March 2023 for refurbishment work.

This is the second stage of refurbishment works on the Conservatory, with the first stage taking place in 2017.

The Horniman Conservatory is a Grade II listed Victorian building. It was built at the home of Frederick Horniman’s parents at Coombe Cliff in Croydon. It came to the Horniman in 1982, and was restored with the help of English Heritage.

The Conservatory is a popular wedding venue and has featured on The Late Late show with James Corden.

The Horniman Gardens will also be getting some TLC between January and March 2023.

Around the Horniman
Free

Other Horniman Sights to See

Monday - Saturday: 7.15am - sunset
Sunday: 8am - sunset
Clocktower The Horniman Clocktower is made of Doulting…
Find out more
Walk

The Horniman Museum and Gardens is located in Forest Hill, South East…
Find out more
About the Horniman