Born in 1799, Anna grew up as the daughter of John George Children, a scientist and secretary to The Royal Society.

This put her in a position to hear about and learn some of the newest scientific developments of the 1800s. Her father was very supportive of her scientific interests at a time when women were not welcomed into that sphere.

She was a keen botanist and scientific illustrator, and when photography began to emerge as a new technique, she was one of the first to put it to good use.

Sir John Herschel, who invented an early photographic method known as cyanotyping in 1842, was a family friend and a regular visitor to the Atkins family home at Halstead Place in Kent.

Atkins was a keen artist, in drawing, watercolour and lithography, as well as an enthusiastic botanist.  She recognised that Herschel’s new invention, which required only a few chemicals, water and sunlight, offered an opportunity to approach botanical illustration in a different way.

Using this early photographic method, Anna began producing photographic plates of British algae in 1843, using specimens from her collection. Eventually, she completed three volumes, which are now recognised as the first books ever to be published with photographic illustrations. 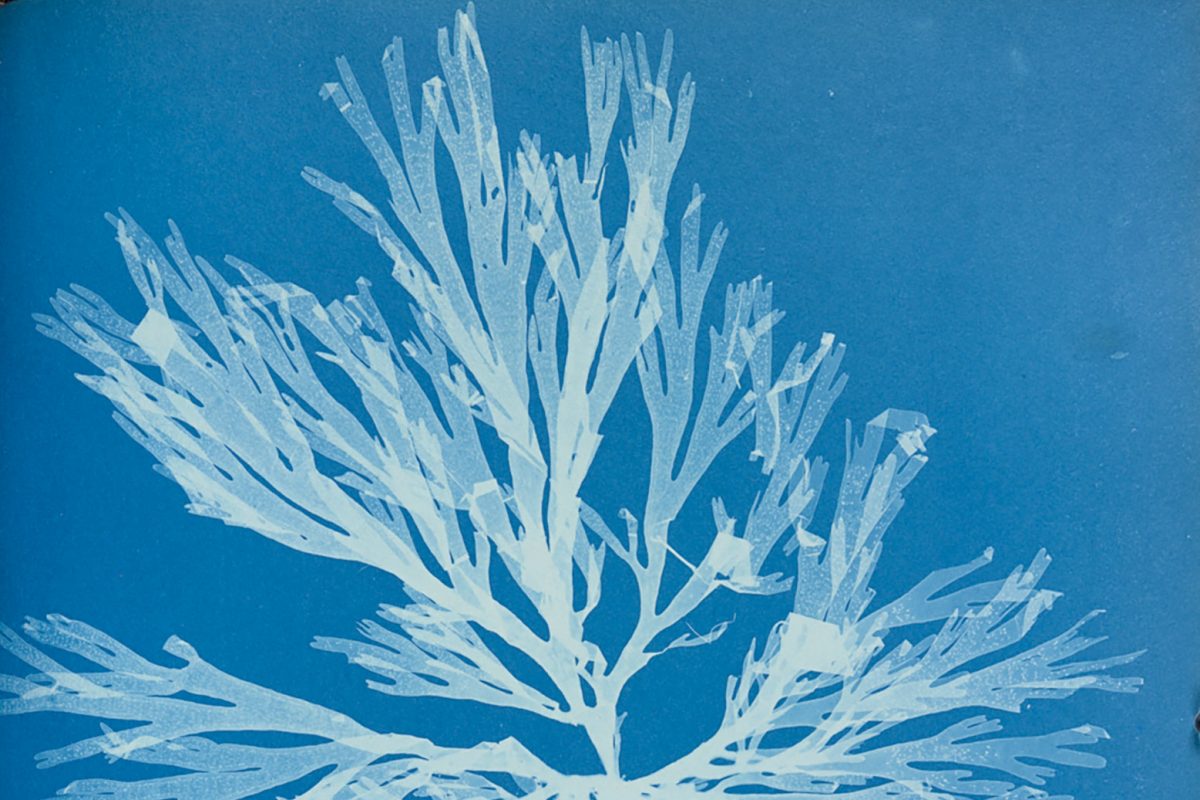 A plant specimen captured in this cyanotype 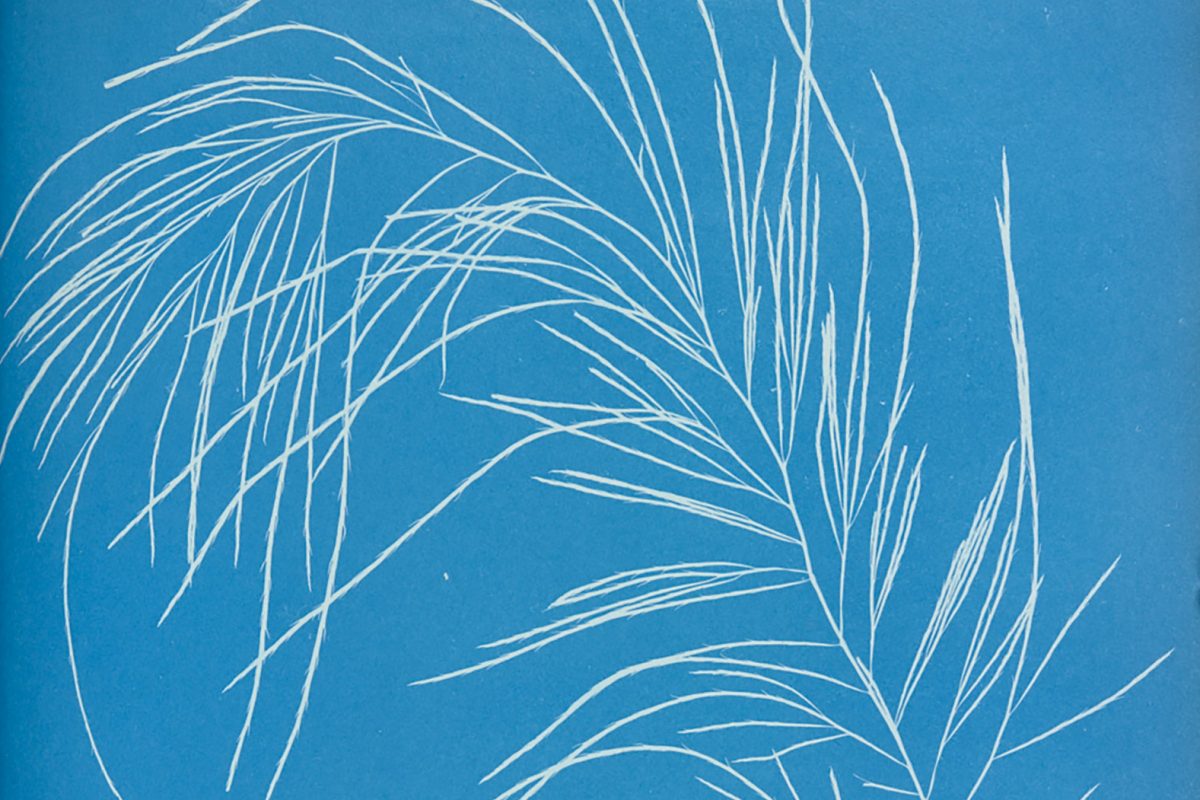 Thin fronds in this cyanotype 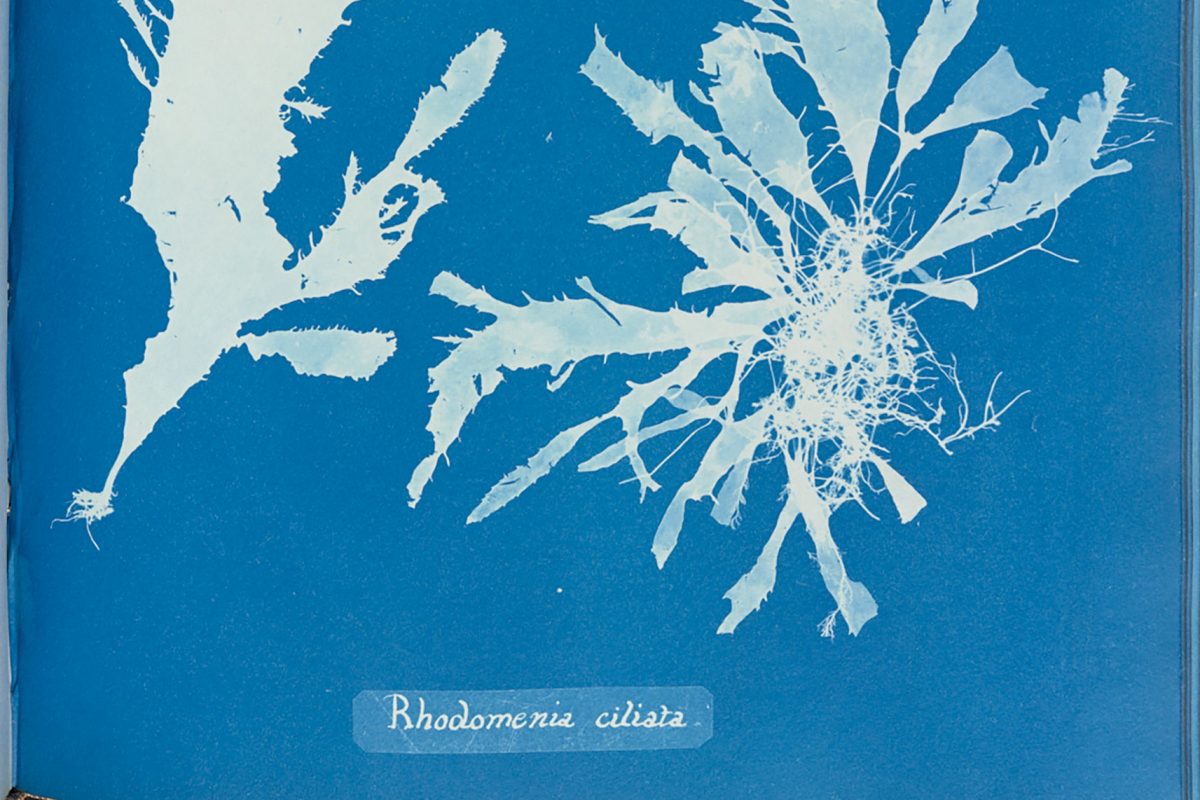 A cyanotype created by Anna Atkins 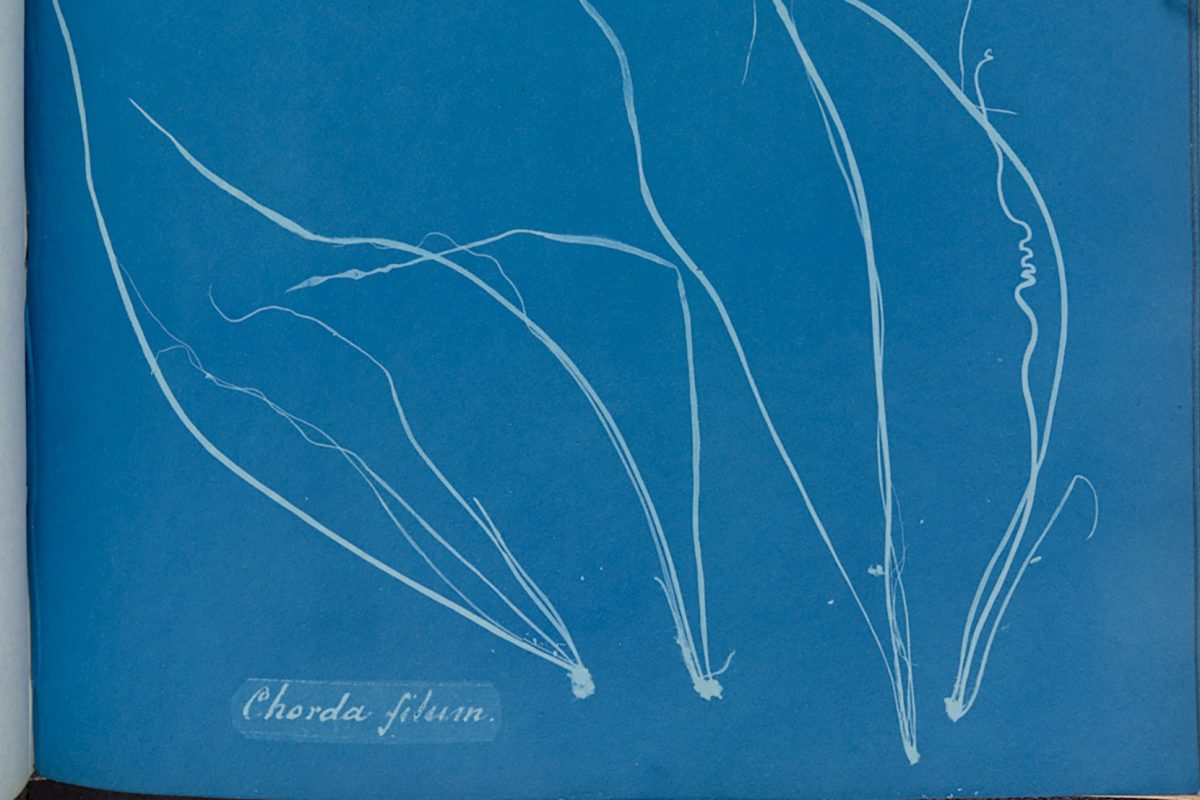 Thin strands leave an impression in this early photograph. 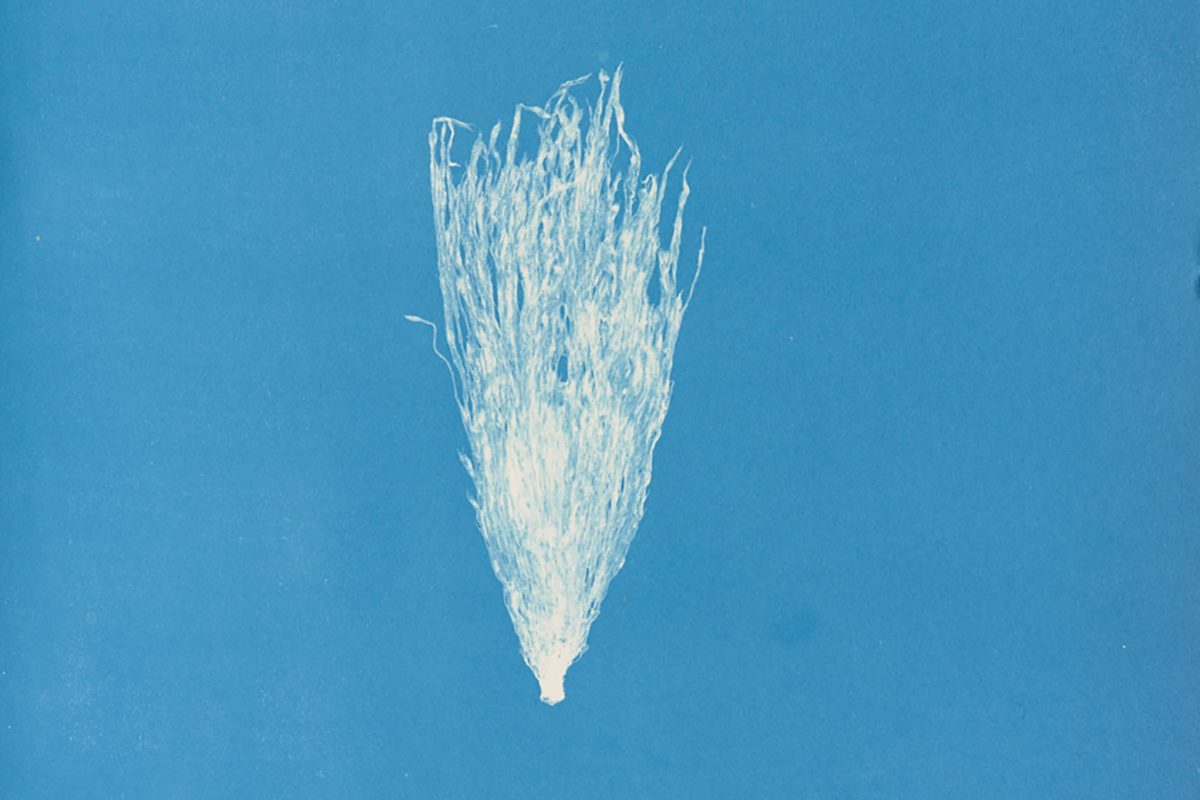 A smaller specimen captured in a cyanotype

The study of algae was fairly new in Britain at that time and her intention was that her work would provide illustrations for William Harvey’s Manual of British Algae which had been published in 1841.

Atkins produced the work over a period of 10 years between 1843 and 1853.  She distributed it in parts to a number of recipients who then bound the work themselves.

The Horniman’s copy is bound into 4 books (Vol. 1 parts 1 and 2, Vol. 2, Vol.3 (inc. appendix)).  Only seventeen other copies exist (in varying states of completeness), held at various institutions including: the British Library, the Royal Society and Kew Gardens.

Because the binding was down to the individual (and not overseen by the author), all the copies differ.

Atkins apparently intended that the final publication consist of 14 pages of text (although these also take the form of cyanotypes) and 389 plates of different species of algae.

Despite Atkins’ intentions, our copy contains 14 pages of text and 443 plates.

Atkins produced replacement plates when she found better examples of certain species, which explains why our copy contains duplicate plates.

The Horniman acquired a copy in 1901 as part of Frederick’s original bequest, but their significance did not become apparent until the Library review.

Born in 1835, Frederick was too young to have been one of Atkins’ original correspondents and, sadly, we don’t know how he acquired it, an exciting mystery for us to uncover.

Anna Atkins is widely recognised as the first woman ever to create a photograph.

We’re very proud to have such an important work by a female scientist in our collection.

Meet some of the pioneering women - collectors, creatives and scientists - associated with the Horniman and its collections.
Around the Horniman
Free

By appointment
Our books, journals and other publications and formats range from…
Find out more

Who were the women who blazed a trail at the Horniman in our Curatorial teams? We're taking a look back to find out who these women were.

Inspired by our a discovery by our Librarian, we have a look at some of women who gave lectures here in the early days of the Horniman.
About the Horniman