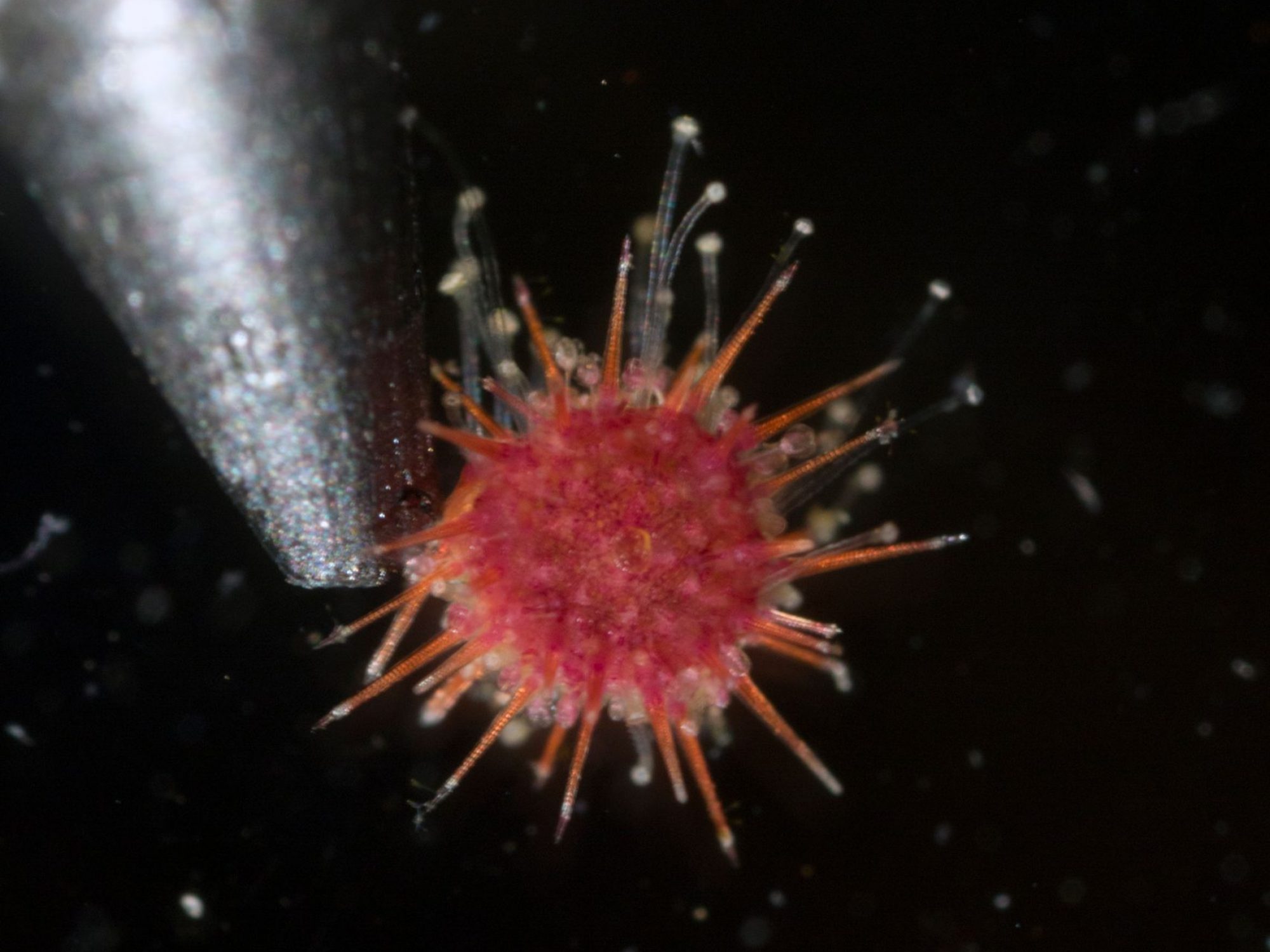 News Project Coral Research
New research techniques from the Horniman and the University of Derby will benefit global coral restoration.

New research into co-culturing – raising juvenile sea urchins alongside lab-spawned corals – has found the technique produces an eight-times-higher survival rate in young corals, and could have major implications for the restoration of damaged reefs around the world.

The research – published this week in open access journal Scientific Reports – took as its starting point the known benefits of algae-grazing sea urchins for coral reefs, which can become overwhelmed if the algae is not kept in check. For young corals, though, adult sea urchins cause damage and even eat the corals, so juvenile urchins are needed to control the algae without threatening the coral ‘babies’.

Researchers at the Horniman Museum and Gardens and at the University of Derby spawned Tuxedo urchins (Mespilia globulus) and reared them to a suitable size in time for the planned spawning of broadcast corals at the Horniman Aquarium’s research laboratory. Compared to a coral survival rate of just 5% in a tank without any urchins, researchers found that 40% of the corals survived for six months in the tank with the most urchins (18 urchins reared alongside 1,250 corals).

This research is an important next step for Project Coral, our international research partnership which has already broken the code to allow predictable spawning of corals in laboratory settings. Low survival rates of juvenile corals are currently a barrier to effective reef restoration. This new co-culturing technique using sea urchins makes possible a major up-scaling in the number of corals that could be reared and transplanted onto damaged reefs, and we’re already getting interest from leading reef restoration organisations around the world.
Dr Jamie Craggs, lead researcher and curator at the Horniman Aquarium 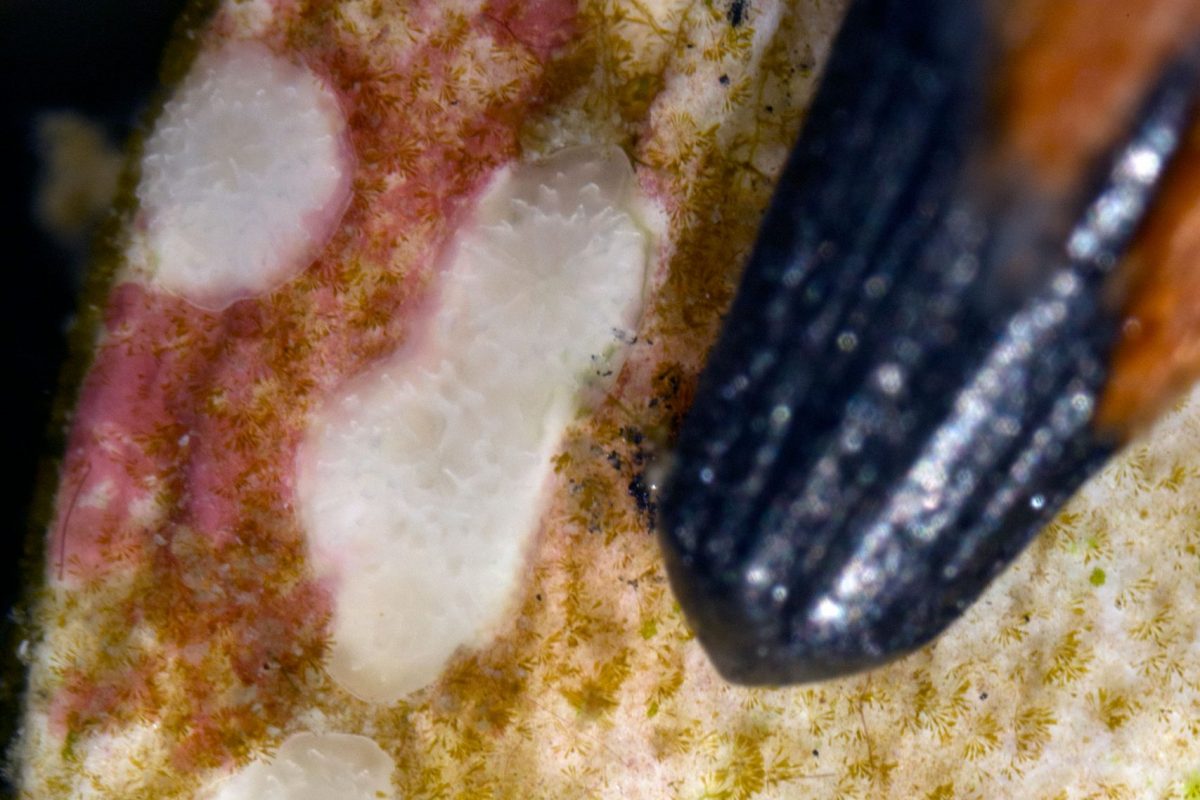 A baby coral, next to a pencil for scale

Co-culturing itself is a known concept, used before with snails but never before with corals and sea urchins. This research has overcome significant challenges in terms of logistics and husbandry, to rear sea urchins to exactly the right size to graze without damaging the juvenile corals, allowing them to thrive. In addition we highlight one possible way in which reef restoration can be self- funded, by co-culturing a commercially important species and using the profits to funnel back into methods to try and save our reefs.
Dr Michael Sweet, Associate Professor in Aquatic Biology at the University of Derby

The research paper ‘Ex-situ co culturing of the sea urchin, Mespilia globulus and the coral Acropora millepora enhances early post-settlement survivorship’ was published online in Scientific Reports on 10 September 2019 and is freely available.

Dr Jamie Craggs was seen earlier this year on the BBC’s Blue Planet UK, spawning sea urchins on camera and talking about the work of Project Coral. International Project Coral partner the Florida Aquarium recently announced the first predictable spawning of Atlantic corals, using the techniques developed at the Horniman working with Pacific corals. Find out more about Project Coral and how to support its work.

As of today, the Horniman will be charging 5p for the use of plastic bags in our shop in a bid to reduce plastic waste, and raise funds for Project Coral.
Display