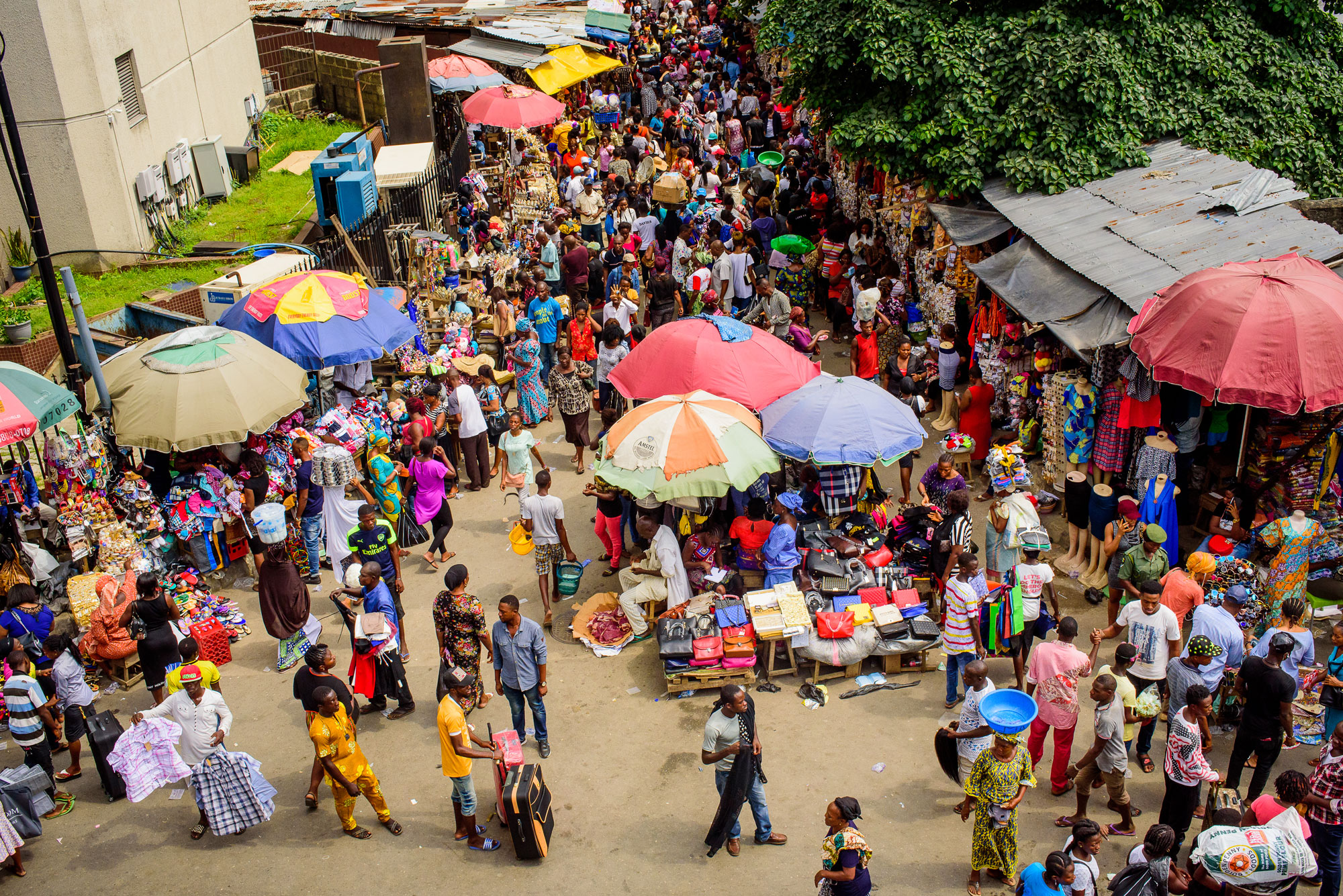 In November 2016, I travelled to Lagos, Nigeria, to work with a talented photographer, Jide Odukoya.

Part of the Horniman’s new World Gallery will focus on Lagos – Nigeria’s largest city. We wanted to capture the vibrancy and energy of the markets on Lagos Island through photography and film.

Lagos is without a doubt the most incredible city I have ever been to. It’s noisy, sticky, busy and frantic, but also exciting and beautiful. There is never a dull moment.

Clambering off the back of a motorbike on my first day, I looked up to see four enormous white concrete horses galloping over the podiums lining the entrance to Tafawa Belawa Square. The monument is named after the first Prime Minister of independent Nigeria who took over from British rule in 1960.

The square is also a major transport junction. From here you can pick up another bike that takes you into the financial heart of the city.

You soon realise that what may first appear as a chaotic throng of shoppers, buses and market stalls is meticulously organised. Whether you need shoes, a new tablet, a watch, a blender, nappies, pineapples or a new pair of pants, there will be an area designated for it.

We will try to recreate a stall from this street in the new gallery.

As I followed it up a hill, the street turned into a Lagosian winter wonderland – piles of bright tinsel and great bundles of colourful flashing lights, Christmas trees with fibre-optic pine-needles and mechanical Santas that sang Jingle Bells.

Jide chose to photograph and film Eko market – the place to buy handbags, sunglasses and clothes. His images capture the Lagos hustle.

Whether you want replica Prada sunglasses, leather belts, denim dungarees, or a crisp white shirt, you can find it here.

His photographs show a meticulously dressed shopper cast a discerning eye over bright patterned dresses and two women sharing a joke after a deal has been struck.

They are vivid and playful – both terms which we hope will be reflected in our exciting new gallery.

This trip was generously funded by an ICOM WIRP travel grant. 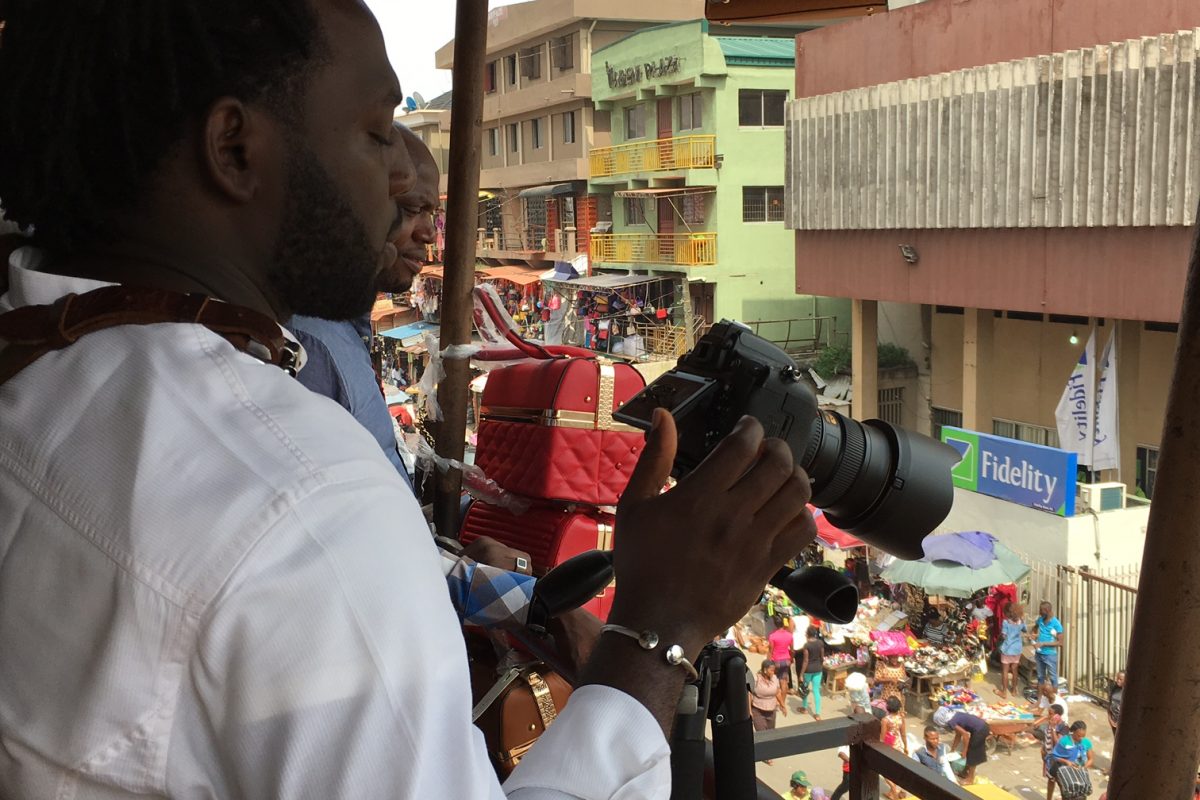 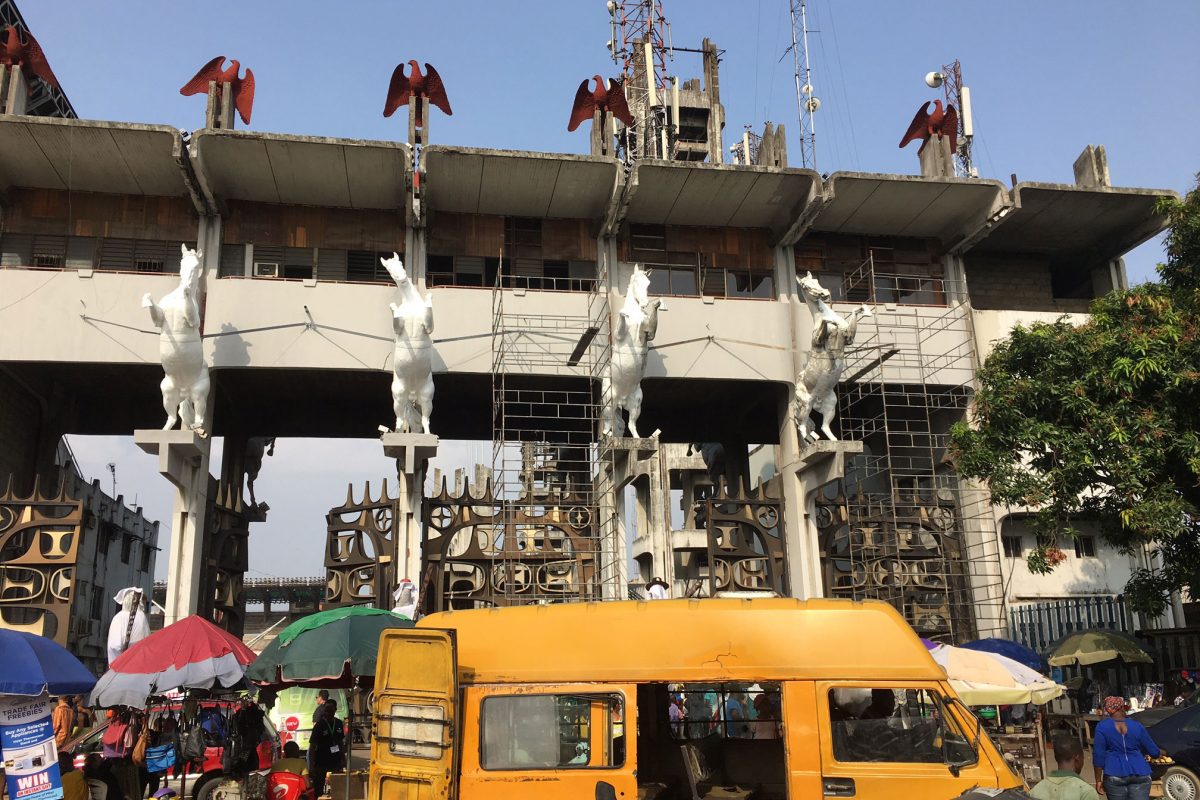 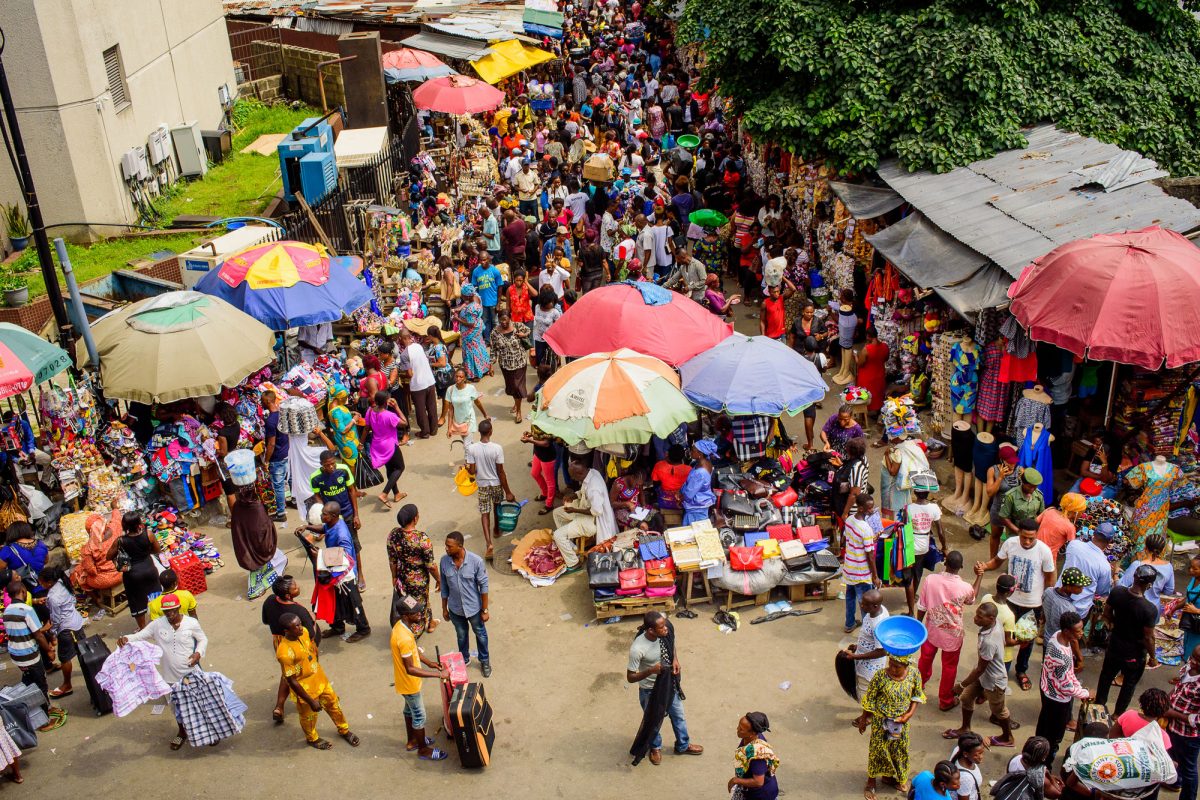 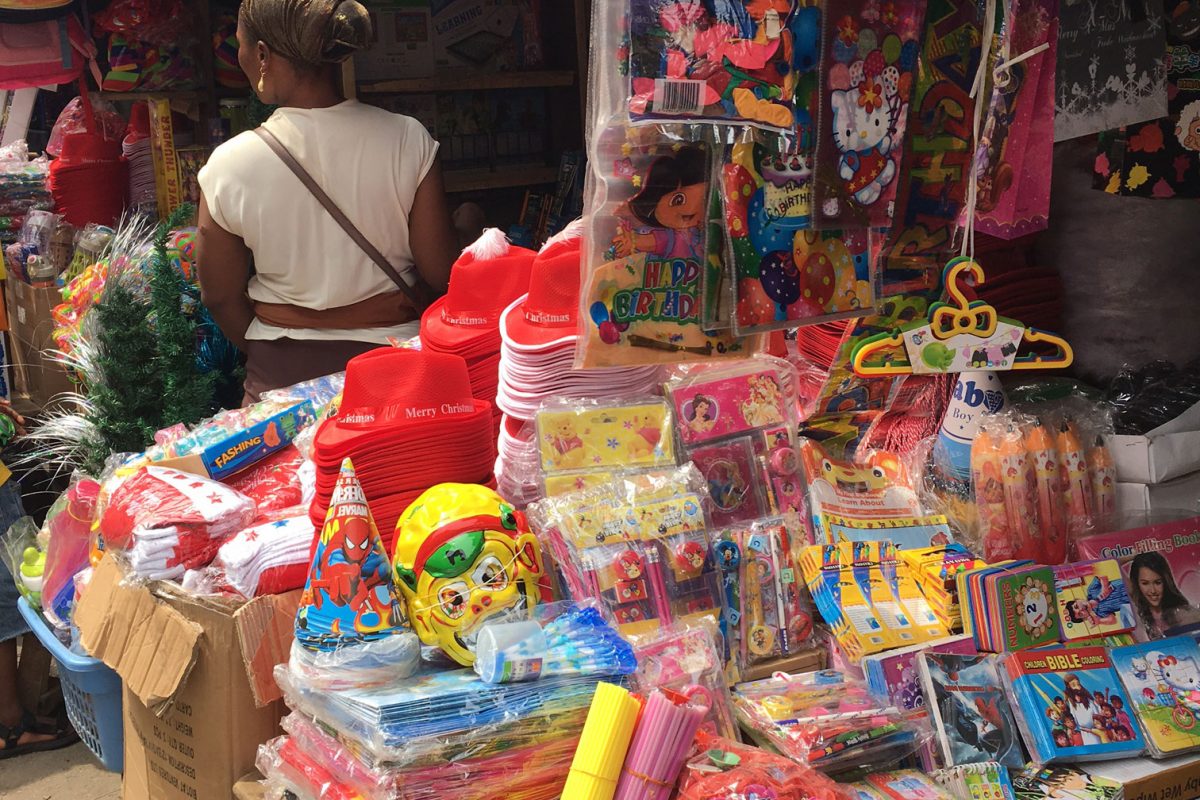 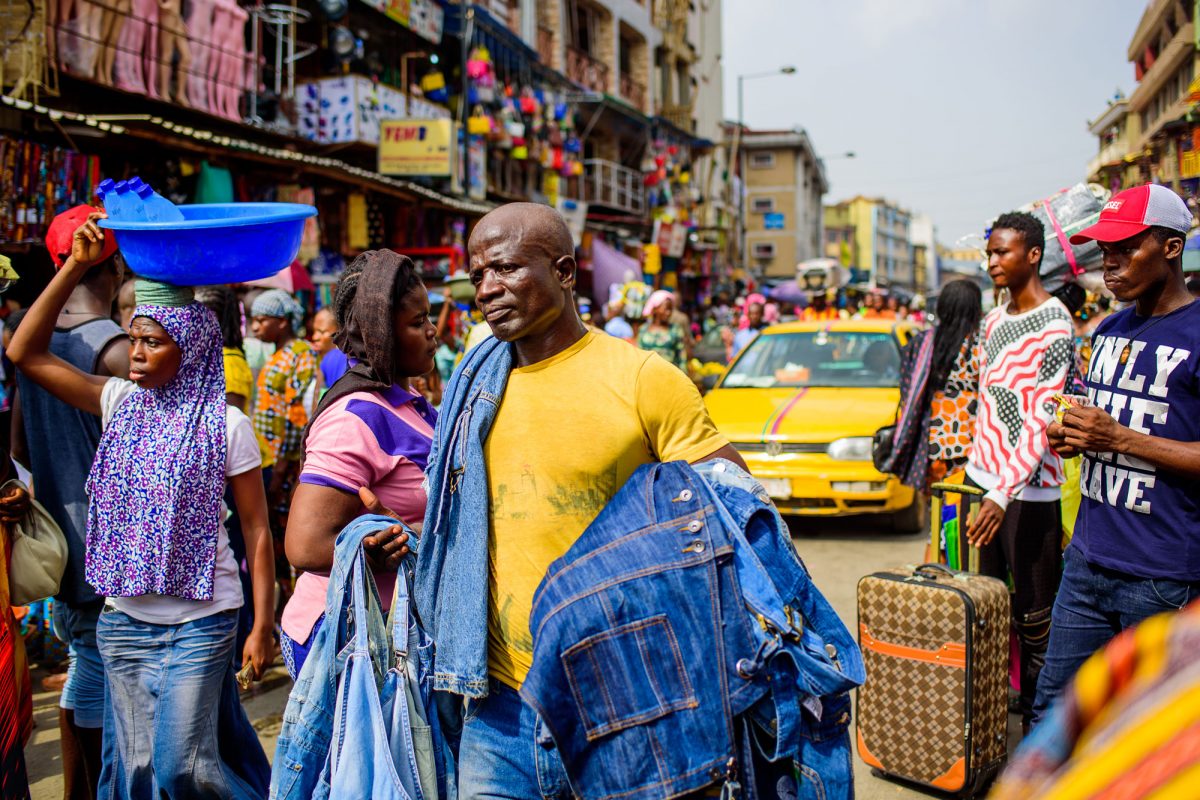 Women in the market, Jide Odukoya 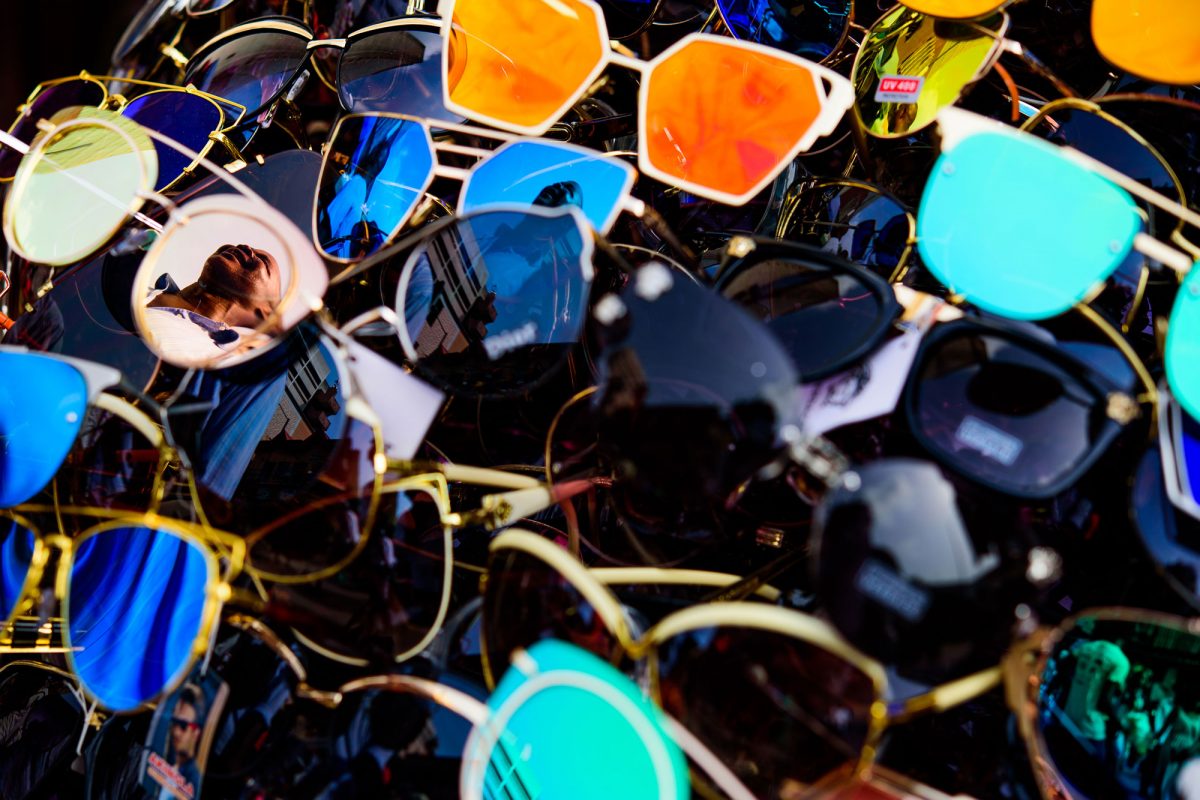 10am – 5:30pm
Come and encounter cultures from across the continents in the…
Find out more
Display
Free

Always Part of the Story

10am – 5:30pm
The Access Advisory Group is a diverse group of individuals with lived…
Find out more

Temsuyanger Longkumer speaks to us about "Tattooed Memory", his incredible artwork that features in our new World Gallery in the Nagaland Encounter.
About the Horniman