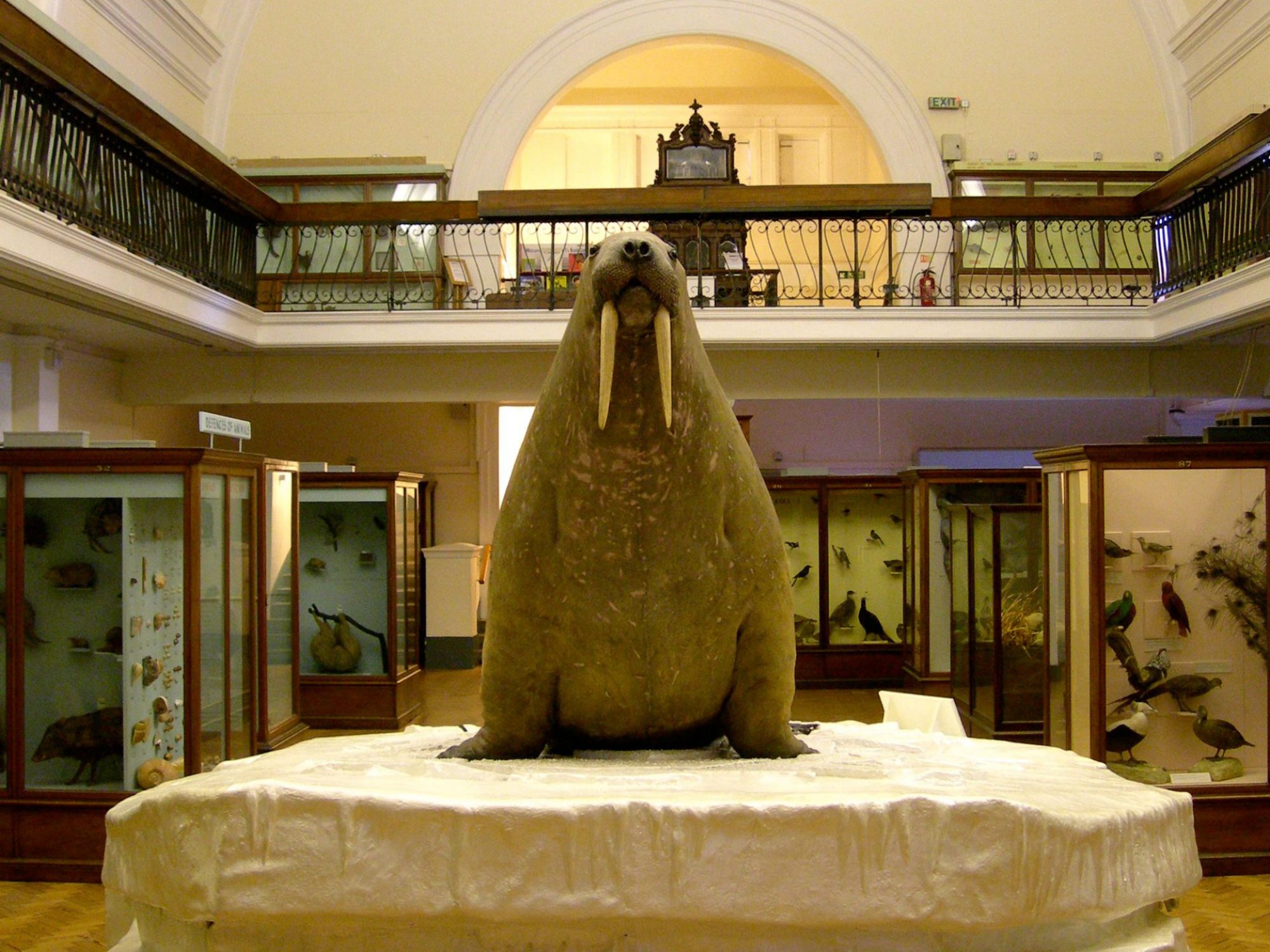 Our Natural History Gallery first opened in 1901. The design was influenced by the Arts and Crafts and Art Nouveau movements of the time.

Many of the original showcases remain. Displays are packed full of taxidermy, skeletons and specimens preserved in fluid, giving the gallery a unique historic feel.

Most of the specimens, including our taxidermy mount of a walrus were collected more than 100 years ago during the Victorian and Edwardian periods.

The gallery is split into two levels.

On the ground floor, you will find displays covering evolution and adaptation in the natural world, including cases looking specifically at the evolution of the horse and elephant species.

Collections of domestic dog and pigeon breeds look at the effects of domestication and selective breeding. Many of the gallery themes have changed little in 100 years.

At the centre of the room is the Horniman Walrus, perhaps Forest Hill’s most famous resident, who sits proudly on his iceberg.

On the first floor, you will find a geological timeline of mostly British fossils, as well as the start of a display about classification in the animal kingdom.

Moving anti-clockwise around the balcony, you can discover the different groups of animals which have evolved over time, and how they are organised by taxonomy. This display continues downstairs among the larger cases.

Also on the balcony, you can find the Apostle Clock and a children’s reading space. 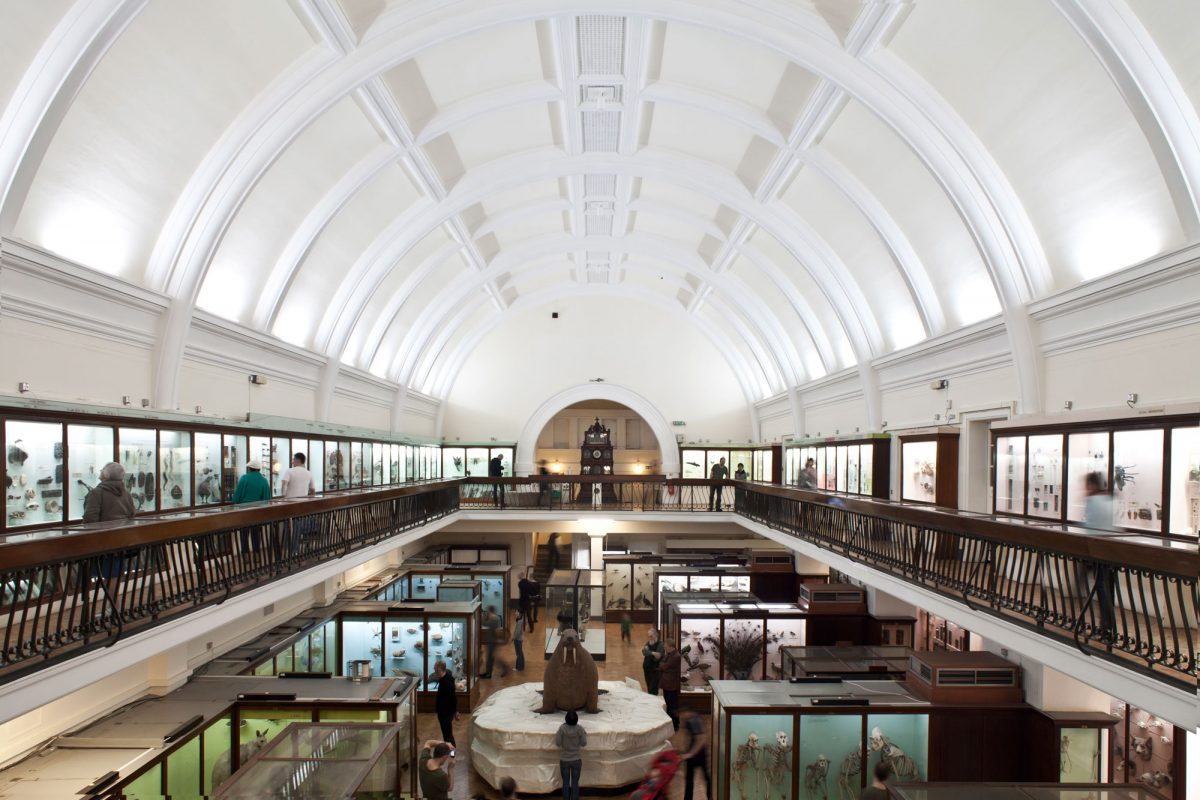 The Natural History Gallery, seen from the balcony, Joel Knight Some of our displays date back over 100 years 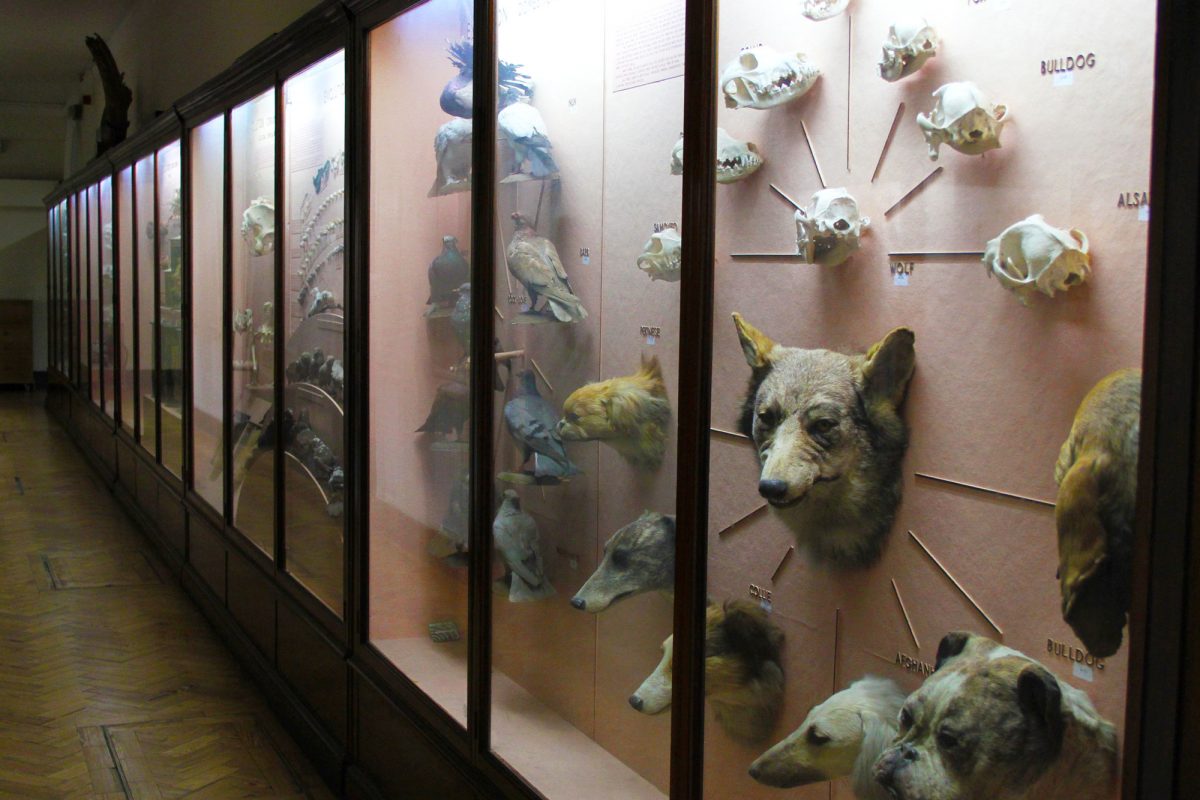 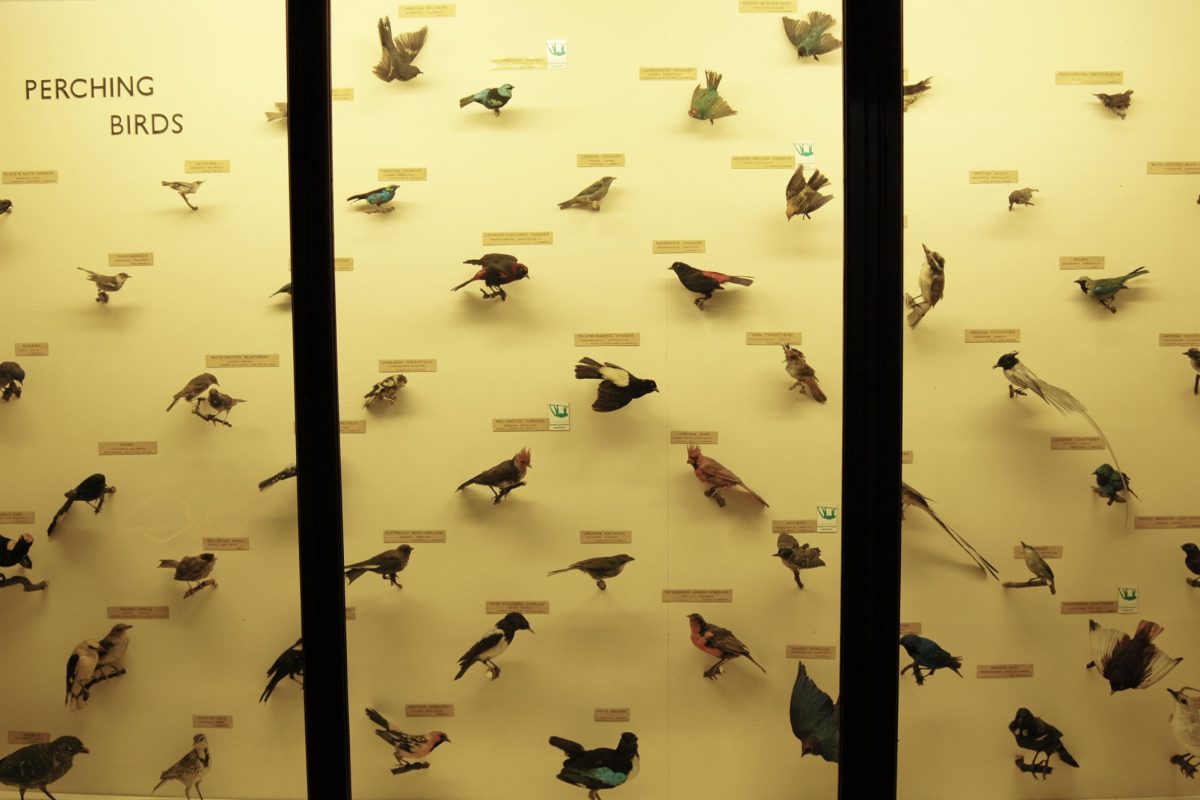 Some of the taxidermy birds on display

You can explore the human fascination with nature through regularly changing displays featuring star specimens from our Natural History collections at the entrance to the Natural History Gallery.

You can access the Balcony via stairs at the back of the gallery or by the lift near the entrance.

You can watch the video below to see how you can find the Natural History Gallery:

Learn about the natural world

Become a nature explorer and discover how to find and identify wildlife living in and around our city, while meeting some animals who live right here in the Museum. 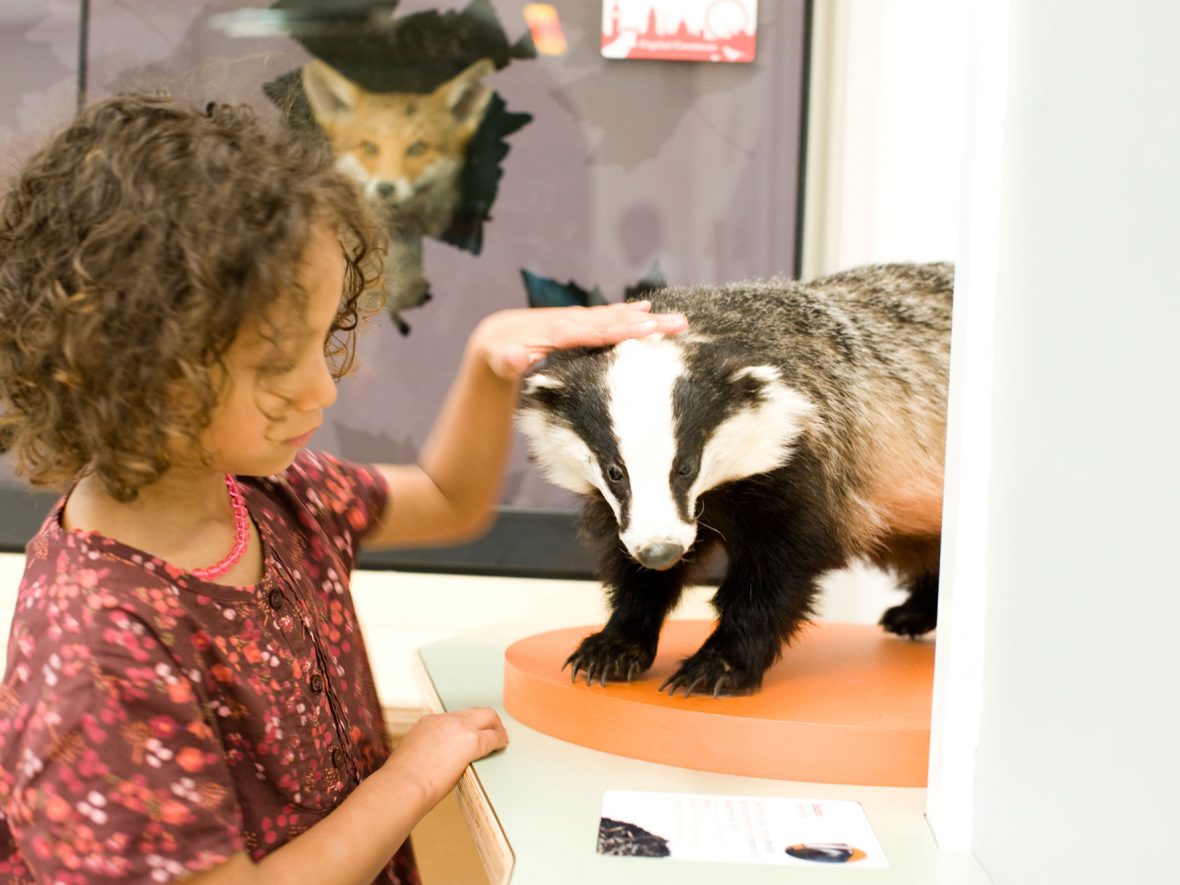 Get in touch with our Visitor Hosts

We are always happy to help with questions. 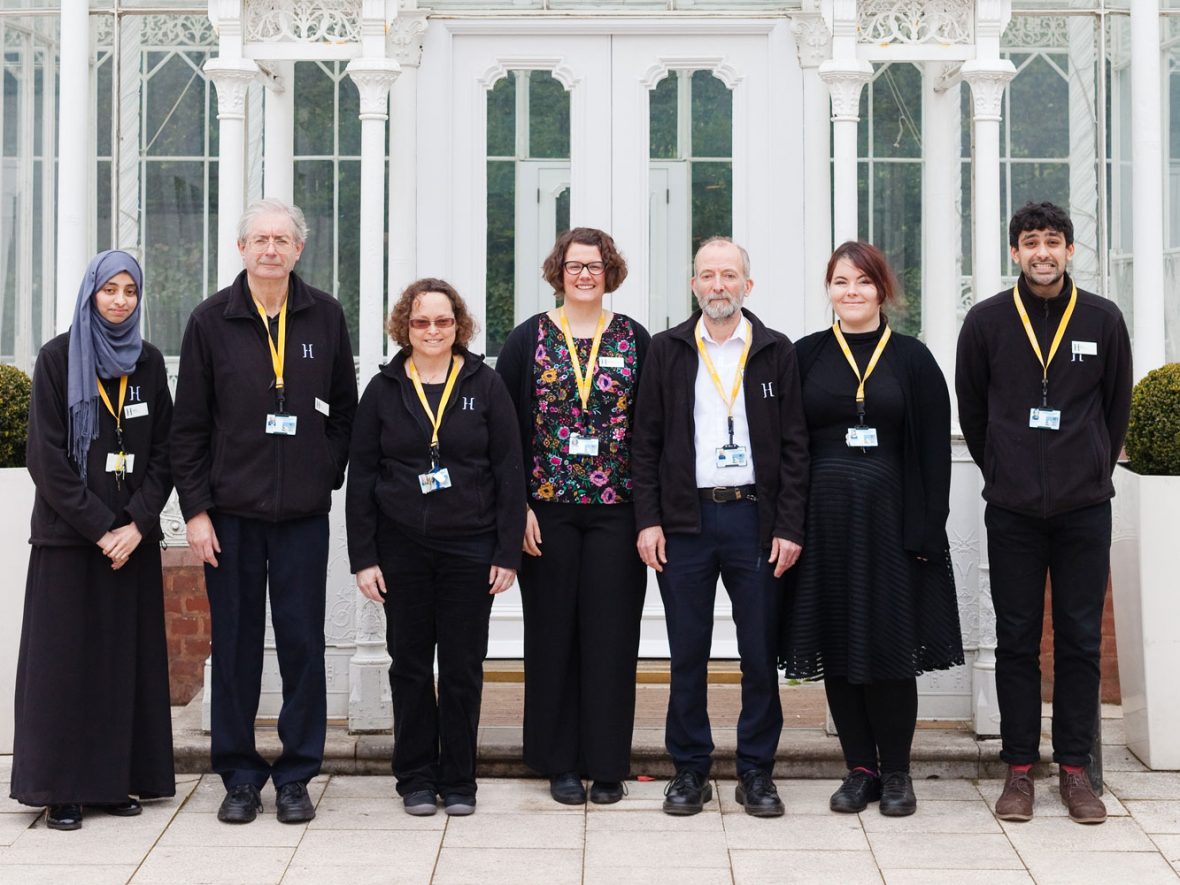 Are you a nature explorer? Create a Nature Notebook, try different nature challenges and add them to your notebook. What will you discover about the world around you?
Find out more

Take part in mini-challenges to learn more about butterflies and take part in the UK’s Big Butterfly Count.
Find out more
About the Horniman