The Nature Trail is closed this week for essential maintenance. Find out what else you can see around the Horniman. 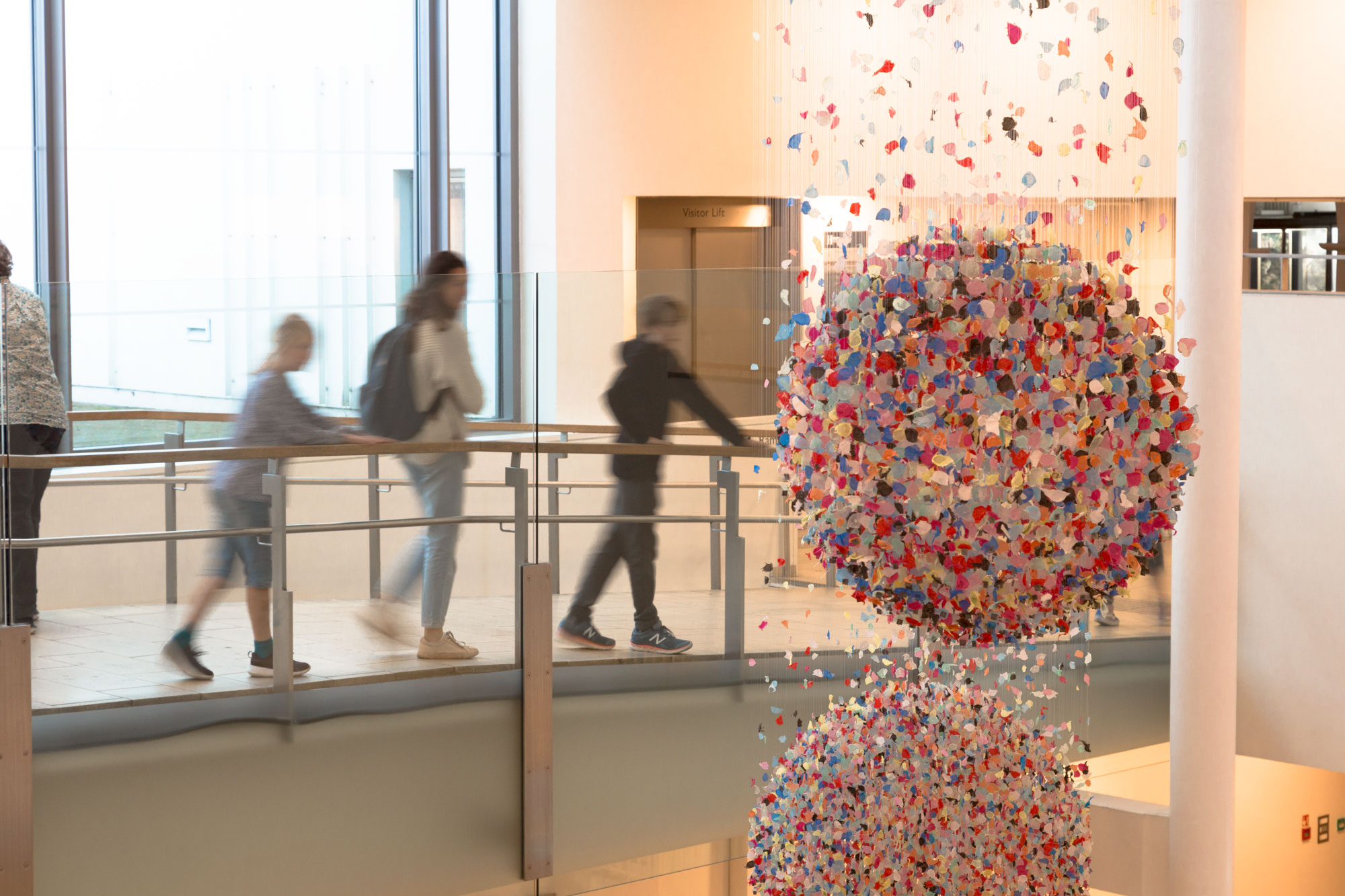 Internationally-exhibited sculptor and artist Claire Morgan creates a series of works for the Horniman, including a dramatic installation in Gallery Square.
Details Overview

Claire’s thought-provoking works draw on the themes of waste and the impact that humans have on their surroundings.

Her pieces include thousands of fragments of colourful waste polythene frozen in time, and nature combined with plastics.

As I Live and Breathe features new pieces specially commissioned by the Horniman.

A dramatic large scale installation suspended from the ceiling captivates visitors as they enter the Museum. The three forms are made from thousands of fragments of colourful waste polythene, torn by hand from used shopping bags. These suggest a dramatic movement, being pulled by gravity from overhead down to the ground below, but here the movement has been halted in order to freeze a fleeting instant in time.

The Gallery Square installations will remain up until 8 November 2020.

Inside our Natural History Gallery is a display combining plastics and nature, featuring four taxidermy specimens of prolific residents of urban London: grey squirrel, red fox, carrion crow and rose-ringed parakeet. A conical form – made from fragments of torn black polythene from bin bags – protrudes from the mouth of each animal. 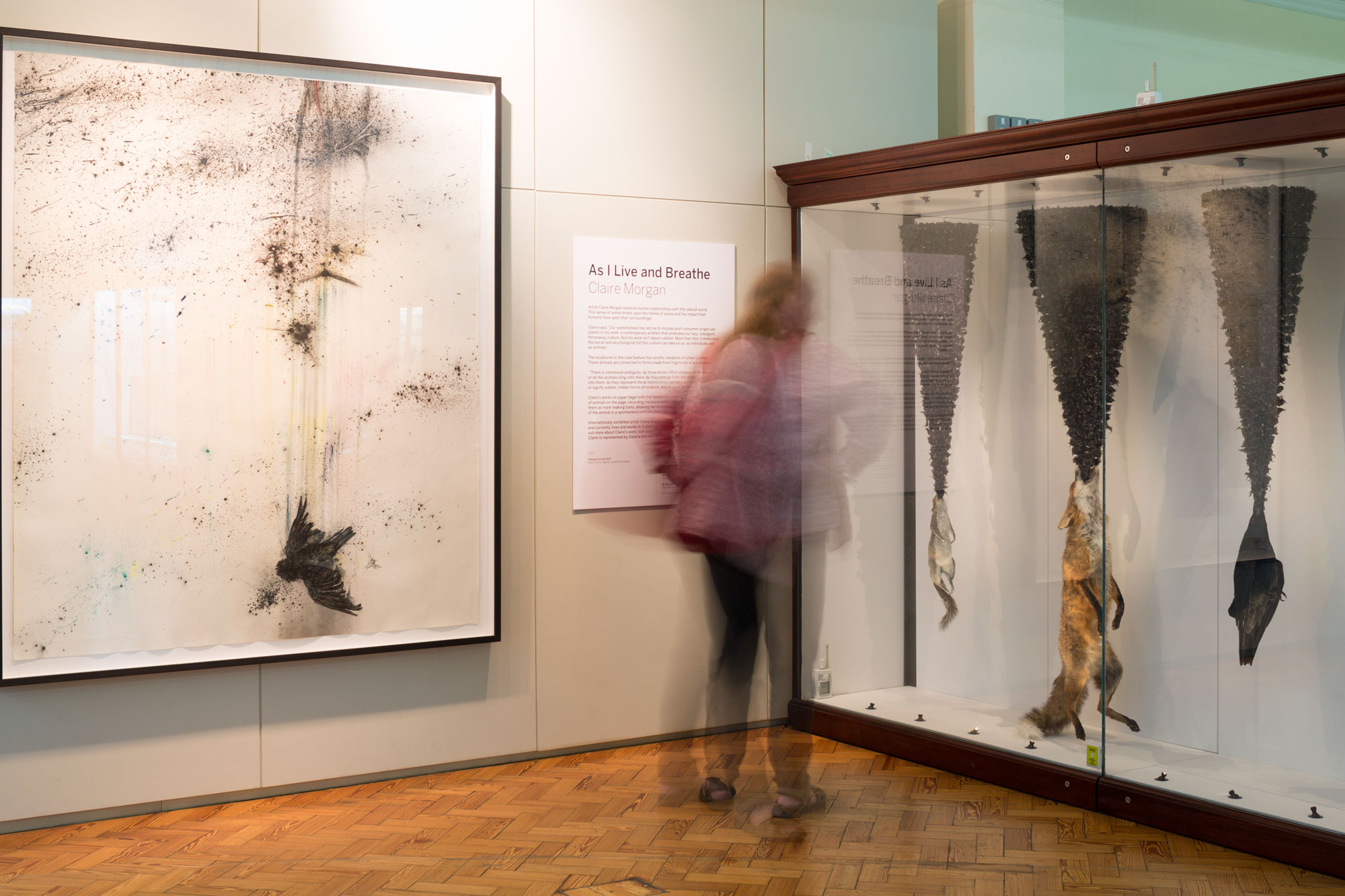 We are delighted to present the work of Claire Morgan at the Horniman. As I Live and Breathe asks questions of us all - our purpose in life, our choices, our relationship with nature, our futures and ultimately, our very survival.

Claire’s work encapsulates the beauty and fragility of life, but also our impact and the harm that we continue to inflict on the planet. The recurring use of single-use plastics and taxidermy, presented in unfamiliar and occasionally unsettling situations, somehow captures our determination to mould and manipulate the world around us, most often to the detriment of nature.

It also invites us to reflect upon how we might all act to change this.
Jo Hatton, Keeper of Natural History